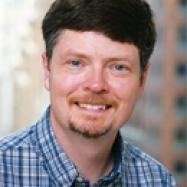 Jonathan Maze covers finance for Nations Restaurant News, as well as restaurant chains based in the Midwest.

Jonathan came to NRN in 2014 after seven years covering restaurants for Franchise Times Magazine and the Restaurant Finance Monitor. There, he created an award-winning blog that reported on and analyzed the restaurant industry. He is routinely quoted in various mainstream press articles, including the Associated Press, Washington Post, Orlando Sentinel, Denver Post and Yahoo! Finance. He lives in a suburb of Minneapolis with his wife, two children and their cat.

Restaurants get a second wind after hurricanes
Nov 07, 2017
Blog: Sales plunged during hurricanes Harvey and Irma, but then they came roaring back

Lawsuit: Chipotle hid earlier outbreaks from public
Nov 04, 2017
Company argues there was ‘no clear link’ between pre-2015 cases and its restaurants