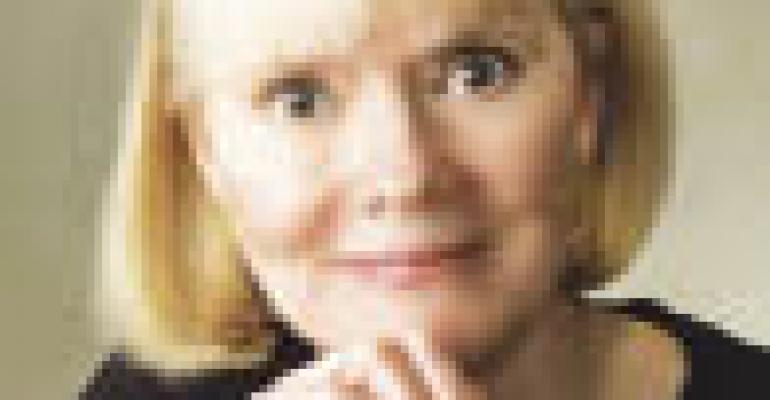 There’s something inherently funny about meatballs. Some years back, Bill Murray struck comedic gold in a slap-sticky film of that name, and the recent animated feature Cloudy with a Chance of Meatballs paid homage to the dish’s whimsical nature. From the culinary perspective, meatballs are clearly fun to work with as well. Creative and versatile, they’ve been appearing in a host of treatments and in a wide range of operations. And their winning combination of low food cost and high customer satisfaction puts a smile on everyone’s face.

They’re reassuringly old school. With restaurant traffic lagging and customer confidence sagging, many chefs have reconsidered the meatball as a means to shore up both sales and spirits. Noodles & Company, the fast-casual, globally inspired noodle chain, urged customers to “make room for meatballs” with the launch of Spaghetti and Meatballs, its first permanent menu addition in five years. The beef-and-pork meatballs, which are a big hit with patrons, can be added to any of the chain’s 18 menu items, including Japanese Pan Noodles and Wisconsin Mac & Cheese. On a more decadent note, the Provolone-Stuffed Meatballs at Applebee’s are braised in marinara sauce and feature an oozy cheese center that melts over a bed of fettuccine.

Meatballs work equally well as sandwich fillers, and the past year has seen a spate of entries, such as Fazoli’s Ultimate Meatball Smasher, a concoction that lives up to its name with four big meatballs, melted provolone and crushed red pepper, with savory pepperoni. Calistoga Bakery’s Italian Meatball Melt covers herb-seasoned meatballs with vine-ripened tomato sauce and melted mozzarella, all nicely complemented by an Asiago cheese baguette.

They’re totally new age. The more interesting development has been the appearance of meatballs in some unexpectedly uptown settings. At Chicago’s trendy Gilt Bar, chef Brendan Sodikoff hand cuts and oven roasts them, before finishing them with brown butter and thyme. A recent Sicilian promotion at Il Fornaio offered Pasta chi Purpetti, long-ribbon pasta and small veal meatballs with peas and pecorino, Parmesan and aged ricotta cheeses. It was topped with a red wine-pancetta sauce. And San Francisco’s super trendy Zero Zero offers Roasted Meatballs with tomato fondue and fennel.

Less upscale, perhaps, but no less attractive are the meatballs on offer at the eponymously named Meatball Shop in New York.

The core menu consists of a variety of meatballs, including chicken, salmon and vegetable, to which the patron adds a sauce, such as Parmesan cream or mushroom gravy. The side dishes are a decided step up as well. They include white beans, freshly milled polenta, risotto and braised greens.

They’re swell on wheels. Getting high marks for creativity, Great Balls on Tires, or G-BOT, a food truck in Southern California, celebrates the universality of the item with an international, meatball-centric menu. Among the attention-getting offerings are IncrediBalls, with Kobe beef, apple wood-smoked bacon and Gruy-ère; Ball Gogi, with Korean barbecue-marinated beef, kimchi and black sesame seeds; and Ballywood, with garam-masala chicken, coconut Madras curry and crispy fried onions.

They’re a liquid refresher, too. As if all of this weren’t creative enough, mixologists have put their own spin on this humble product. At New York’s Death + Company, bar chef Jason Littoral created the Spicy Meatball cocktail, which calls for sausage-infused Irish whisky as the foundation, to which sweet vermouth, Amaretto and bitters are added. And an autumn promotion at the storied Oak Bar, also in New York, featured a Mad Men-inspired cocktail list. For its Bloody Bull, which substitutes beef consommé for a Bloody Mary’s tomato juice, the bar used a manly meatball as garnish.