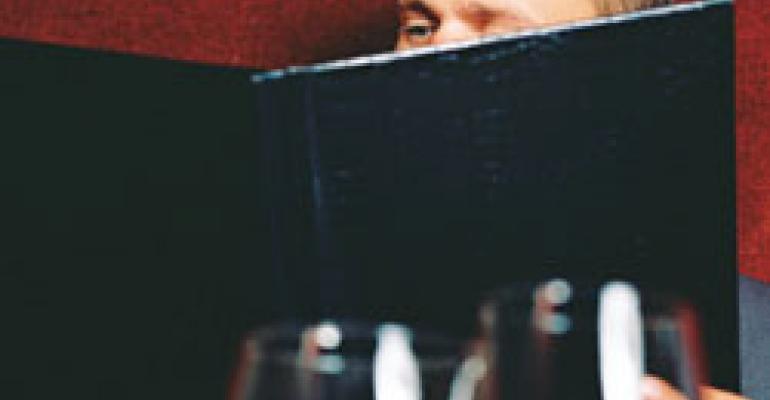 As the nation’s faltering economy leaves diners clutching their wallets tightly, white-tablecloth operators are slashing prices by offering deals they hope will lure diners into their restaurants.

An increasing number of upscale restaurants are turning to such promotions as fixed-price menus, deep discounts on wines and two-for-one bargains—once largely the domain of pizza chains.

Hoping to attract locals before the skiing season arrives, the Mirador restaurant at the exclusive Lodge and Spa at Cordillera in Vail, Colo., offered two-for-one entrées and 25 percent off wine from October to Thanksgiving. Cutting prices is common during the off-season, said manager Aaron Zinser. But the nation’s financial woes make him wonder if fewer consumers will visit the property this year.

“I definitely think there’s going to be an impact here on tourism,” Zinser said.

The pace of business is pretty good, he added, but more locals than ever are buying the bargains.

At Corbett’s: An American Place, a fine-dining restaurant in Louisville, Ky., chef-owner Dean Corbett said he was surprised by the strong response to the $20 three-course fixed-price lunch he rolled out this summer. His clientele typically pays $100 per person for dinner, and the affordable lunch “gives them a chance to come back without spending so much.”

“Plus, it gives others who’ve not been here a chance to try us out for the same reason,” Corbett said.

Michael Mangano, the maître d’ at Artisanal Bistro in New York, said the nightly three-course, $35 fixed-price menu is drawing a balance of newcomers and regulars who want a lighter meal than what they otherwise might choose à la carte. He called the fixed-price deal a “terrific value because we offer the good stuff from the menu, and the portions are barely smaller than regular.”

“You’d have to put them side by side to notice,” Mangano said.

He added that customers not only appreciate the lower tab, but he also believes the menu is drawing younger diners and leading others to treat a guest to dinner. Compared with the restaurant’s peak entrée price of $37, he said, “it’s a significant discount for a tremendous meal.”

But when a restaurant has established itself as a finer, pricier spot, is there any long-term risk to discounting? Kamron Karington, a Las Vegas-based marketing consultant, cautioned that there is a chance of changing customer perception of your operation if the discounting isn’t handled intelligently. For example, when patrons are accustomed to paying top dollar for a fine cut of beef or fish that is suddenly being offered for half the price, they become skeptical.

“Who wouldn’t wonder: ‘Is this the same stuff I was getting before?’” Karington said. “If what you’re doing is cutting back portion sizes to make your cost, honesty is the best policy. Tell them it’s a smaller steak. Make the side dish smaller along with a better price, and tell them why.”

Karington is critical of operators who slash their own profits just to fill the seats. Instead, he recommends that operators manage a customer database and market directly to it, using discounts and freebies to reward patrons.

“If you’re going to give anything away, give it to someone who’s already been to your place,” he said. “Taking care of those who’ve already come to you is a much more effective long-term strategy than doing two-for-ones and trying to attract strangers.”

Kiwon Standen, partner at Bar Blanc in New York, said the nine-month-old restaurant’s $38, Sunday-only fixed-price menu was born of customer desire for smaller meals rather than reduced prices. However, the affordable feast has attracted new customers to the restaurant.

“In the long run, it’s a draw for people, and it’s getting busier every week,” said Standen, adding that Bar Blanc’s per-person average check is about $75. “All portion sizes on the fixed-price menu are still the same as on the regular menu. But instead of having an expensive Kobe steak from the regular menu, they can have hanger steak, salad and dessert for a lot less.”

That clear distinction between the low-priced offer and the regular menu is crucial, Karington added. It allows the restaurant to maintain its identity as an upper-tier place, while providing an affordable point of entry to deal-seekers and newcomers.

“When you put together a sort-of value menu that’s totally separate from the regular menu, in times like these that can signal to customers that you’re working to help them out, too,” he said. “Why not explain that you’re working to bring slightly smaller portions of the same great meals, but at a better price?”

All bargains should come with one condition of the guest, he added: that they supply their name, address and e-mail for the operator’s customer marketing database.

“How cost-effective is that discount if you can’t reach them again easily?” Karington said.

If an operator invests in bargain marketing to attract customers, he added, but does “nothing to retain them, it’s like trying to fill a bathtub without a stopper in the drain.”

“When you get them to return, you lower your investment to acquire them,” Karington said, “and with costs what they are now, everybody has to figure out a way to lower that investment.”