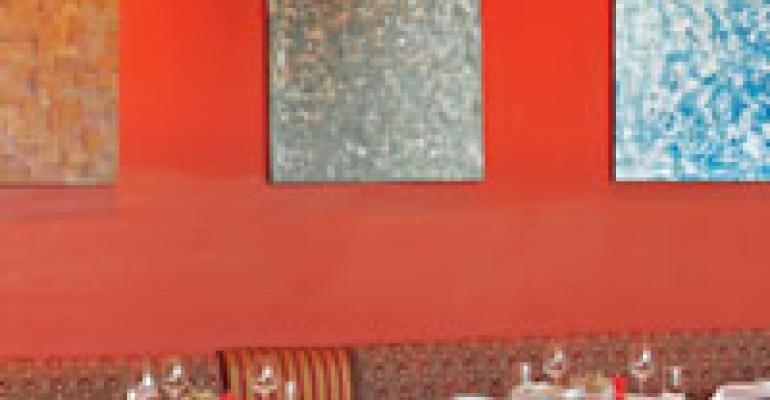 Doing more with less is the mantra of many an operator in this economic downturn, especially one gutsy enough to open a new restaurant—like John Tesar.

Tesar opened Tesar’s Modern Steak and Seafood in September in the Houston suburb of The Woodlands. The upscale restaurant is located in the site of a shuttered Southwestern eatery that the chef-owner called “a million-dollar restaurant [acquired] for 10 cents on the dollar,” and Tesar has sought out similar bargains in his equipment purchases.

“I couldn’t afford every modern tool under the sun,” Tesar admitted. “The best part is that I’ve had to be truly creative.”

Tesar’s Modern Steak and Seafood offers everything from Kobe beef steak and butter-poached lobster to gourmet burgers and flatbreads. To execute that wide-ranging menu, Tesar resorted to a mix of new and used kitchen equipment and imaginative culinary applications. So far, he has made it look seamless, drawing crowds and good notices for food, ambience and hospitality.

His cooking battery includes a new steakhouse-style broiler for firing signature steaks, a charcoal-burning oven and smoker for slow roasting meat and fish, and a cook-and-hold oven for low-temperature cooking of burgers.

While adequate, the 1,800-square-foot kitchen of Tesar’s doesn’t have the same bells and whistles as the one he had in his previous high-profile post as executive chef of The Mansion Restaurant at the Rose-wood Mansion on Turtle Creek in Dallas. Arriving at the posh property in 2006 to succeed celebrated founding chef Dean Fearing, he spearheaded a multimillion-dollar renovation of the food-and-beverage space, revamped the kitchen and menu, and wowed patrons with virtuoso cuisine during a run that lasted more than two years.

At Tesar’s, his first purchase was a high-temperature broiler for his steak selection, one of the concept’s pillars. He offers grass-fed and grain-fed steaks and Kobe beef from Texas, Nebraska and Australia, as well as genuine Japanese Wagyu steaks. Taking a cue from steakhouses, he puts those steaks into the broiler on hot sizzle platters rather than directly on the broiler grate.

“They cook on the bottom and top at the same time,” Tesar said. “It’s not only quicker, it enhances the exterior of the beef.”

Alongside the broiler is a piece of equipment Tesar said he learned to appreciate at The Mansion, a Hasty-Bake oven and smoker that burns hardwood charcoal. It has two adjustable fireboxes with removable heat-deflecting shields that are raised and lowered with a crank for precise control of indirect heat.

“I get great results cooking brisket or short ribs over five to seven hours with the heat deflectors on,” Tesar said.

He has also used it to cook suckling pig, producing “probably the most succulent pig you’ve ever had.”

Tesar also finds the Hasty-Bake handy for finishing whole fish like branzino and loup de mer that have been started in his 600 degree Fahrenheit, gas-fired, stone-lined pizza oven. The former lends the smoky nuances of an open fire while the latter creates an attractive roasted look.

“It gives the Mediterranean bubbling effect on the skin that a wood-burning oven would,” he said.

Two-stage cooking is also used with gourmet hamburgers like The Rib, made from a half-pound of sirloin mixed with braised short rib. The burgers are kept in the humidified cabinet of the cook-and-hold oven and finished to order in a couple of minutes on a hot sizzle platter in the broiler.

“You get the most wonderful moist and juicy hamburger you’ve ever had,” Tesar said. “And if I have a burger rush, I can pick up 10 burgers in two minutes.”

Adding versatility to the kitchen is the 40-gallon tilting braising pan left by the previous occupant. Tesar uses it “like a big stock pot or sauté pan” for making stocks and sautéing vegetables and wild mushrooms for side dishes.

As the restaurant establishes itself, Tesar foresees adding specialized cooking gear. One item on his wish list is a thermal circulator. He would use the controlled-temperature water bath to slow-cook seafood to serve alongside items like hog jowl, pork belly and short ribs in modern variations on the theme of surf and turf.

“I want to play around with this steak and seafood concept and really make it a cuisine,” Tesar said.