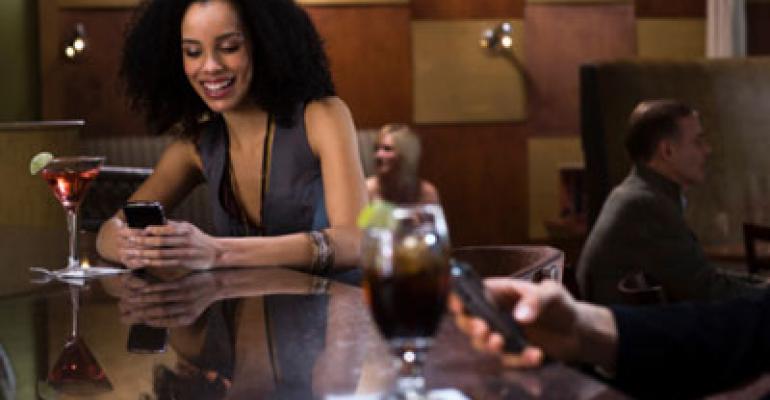 Restaurateurs shouldn’t fear the rise of the machines, new research has found. People who quickly embrace the newest technologies, like smart phones and social media, tend to be heavy restaurant users, according to a new study by market research firm Technomic.

Of 1,000 consumers surveyed, Technomic found that 8 percent could be classified as “innovators” of leading-edge technologies, while 15 percent qualify as “early adopters” of the latest gadgets and websites. Both groups tend to eat out more than consumers as a whole.

Officials for Hungry Howie’s Pizza were glad to hear those statistics, as the chain released its smart-phone application on the Apple App Store a few weeks ago. Hungry Howie’s and its technology partner ONOSYS Online Ordering developed the app after implementing a successful Web-ordering portal.

“We introduced straight online ordering over two years ago, and it’s grown steadily,” said Al Newman, director of training for Madison Heights, Mich.-based Hungry Howie’s. “The development costs were a no-brainer for us. ONOSYS developed it for free.”

For Hungry Howie’s, expanding its online-ordering success into a smart-phone app was crucial for courting its heaviest users: Generation Y.

“They’re very tech-dependent people," Newman said. "You always hear the word 'tech-savvy,' but the Generation Y [consumers] are tech-dependent and obsessed with their iPhones.”

Hungry Howie’s, which operates or franchises more than 500 locations in 24 states, has high hopes for the app based on the chain’s online-ordering numbers, which are more robust in suburban locations where the average household incomes are higher, Newman said.

“The average ticket is significantly higher with online ordering than a phone-in order,” he said. “Upselling is a big part of it, but often, it’s time. More and more we’re trying to save on labor costs, so we’re busier in the stores and it’s harder for employees to take the time on the phone with a customer. When guests order online, they take their time, and when people aren’t rushed they add things on. The biggest reason is that when people pay by credit card, they definitely spend more.”

Technomic’s study showed the importance not only of cutting-edge ordering technologies but also of digital communications to attracting frequent restaurant users. Forty-eight percent of both technology innovators and early adopters said a restaurant’s presence on a social network like Facebook or Twitter positively influences their decisions to try that restaurant. Just 25 percent of all consumers report similar feelings.

Erik Thoresen, director of product innovation at Chicago-based Technomic, said those preferences mean that tech-savvy consumers, who are highly engaged in social media, may be among the first customers to share opinions of new restaurants or new menu items.

“Restaurant chains are working hard to tap into the reach of social networks,” Thoresen said. “But the opportunity is also sizeable for independent and regional chains that develop a strong local following among early adopters.”