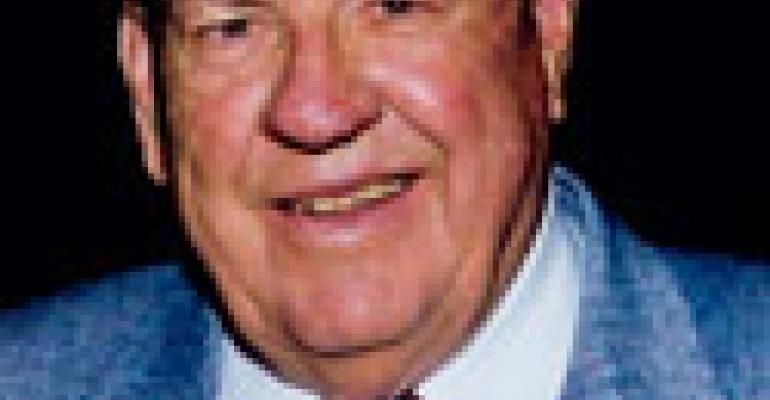 Woodson was a Cheyenne businessman who at different times in his career was involved in natural gas, ice manufacturing, insurance, a taxi company and real estate. In 1969, he partnered with Harold Holmes to turn a tiny taco restaurant concept into what is now a regional Mexican quick-service chain with 420 locations in 25 states.

While he was in real estate, Woodson met John Turner, who was looking for a place to build a restaurant called Taco House. Holmes, who had his own business, Holmes Camper and Equipment, built a 360-square-foot, prefabricated Taco House in downtown Cheyenne for Turner.

Woodson and Holmes later acquired the franchise rights to the Taco House concept and changed the name to Taco John's, but they left many elements the same, including much of the menu and the special seasonings developed by Turner.

During the 1970s, they expanded throughout the upper Midwest and the West, franchising Taco John's outlets primarily in small towns. That small-town strategy became characteristic of the Taco John's organization. While most restaurant chains focused on opening franchise outlets in larger urban areas, Woodson and Holmes decided to concentrate in smaller areas where competition was less intense.

“Jim was one of the most respected people I've ever known,” said Barry Sims, Taco John's president and chief executive. “He was a caring mentor for so many of our employees and franchise owners. He truly loved everything about the Taco John's business. His compassion for each of our franchisees was genuine. Over the years, everyone associated with Taco John's became one big extended family, with Jim and Harold as patriarchs. His leadership, friendship, wisdom and guiding hand will be deeply missed.”

Woodson is survived by his wife, Marian, and a daughter, Janet,two grandchildren and three great grandchildren.