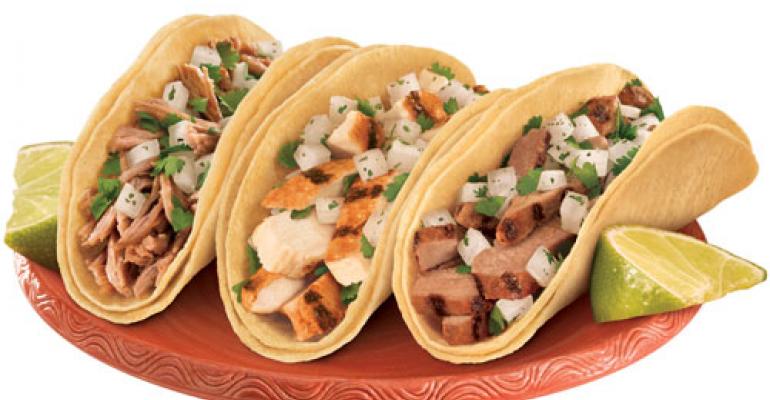 Taco Bell has launched a line of street-food-inspired tacos, including one with shredded pork.

The new Cantina Tacos come in fire-grilled chicken, beef carne asada and pork carnitas flavors. Each is served on corn tortillas and topped with chopped onion, cilantro and a lime wedge.

ESPN Zone launched a fleet of food trucks in June serving a menu developed by Los Angeles food-truck chef Roy Choi. The trucks, which operated in Los Angeles and New York, were part of a World Cup soccer promotion.

Taco Bell said the Cantina Tacos are being promoted through national television and radio advertising as well as through social media efforts and in-store advertising.

Draftfcb of Irvine, Calif., is responsible for the television advertising, including a 30-second spot called “Calling Card,” narrated by a lime, which introduces the new tacos while a couple enjoys eating them.

Draftsfcb also is doing in-store signage, while digital marketing is being done by R/GA of San Francisco.