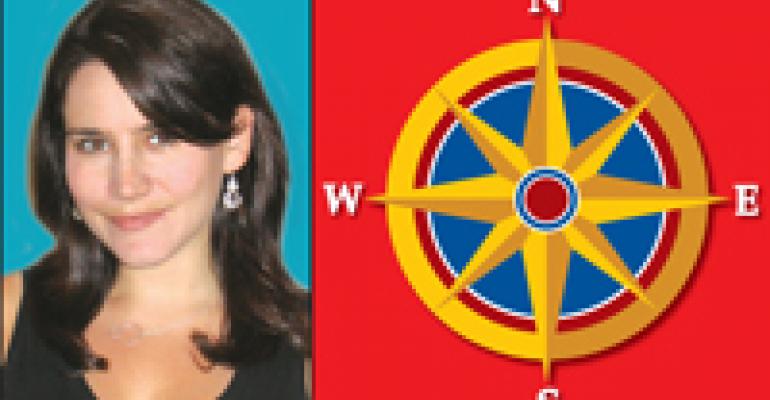 I couldn’t stop staring at it. It was scribbled on a chalkboard above the bar, but it may as well have been written in flashing lights: “Choclate Stout.”

I have been a professional copy editor for more than four years, but I have been editing for as long as I could spell. And while I wield my red pen only at the office, the editor in me never clocks out, even when I see a misspelled word at a bar. I see the mistakes everywhere: supermarkets with “10 items or less” signs, junk mail that boasts “a free gift” and, lately, menus with as many spelling mistakes as one might find in a text message from an inebriated Lindsay Lohan.

Spelling errors crop up often on handwritten chalkboards—I recently noticed a “Meditteranean” soup among the selections listed on a board at one unit of a soup chain. Even professionally printed menus can be rife with mistakes, and many of them would slip past the basic computer spell-check function. For example, I once dined at a Mexican restaurant whose menu described a burrito smothered in a “sweet and spicy bland of sauces.”

Efforts to be clever can fall flat when a restaurant fails to do its homework. Take the bistro in Long Island, N.Y., that offered a list of cocktails with a literary bent. I’m sympathetic to the Edgar Allen Poe—many people don’t know it’s spelled Allan—but the Ernest Hemmingway? Really?

Details matter. The foodservice industry is working to please consumers who are constantly raising their expectations of restaurants. The Food Network, celebrity chefs and television shows like “Top Chef” have resulted in diners who are more savvy about food and restaurants. I can’t be the only one who winces at the sight of “crème brulle.”

I recently interviewed a chef who told me the way a dish was plated signified how much care, from start to finish, was put into the food. A sloppy presentation on the plate might indicate sloppy work in the kitchen. The same is true for menus. If a restaurant can’t be bothered to seek perfection on something as simple as a menu, what else is it letting slide?

Mistakes happen. And, yes, cooking and spelling are two different skills, as anyone who has had the misfortune of seeing me at work in the kitchen could attest. However, dining out is about more than the food. The service, the atmosphere and even the words on the menu also shape a customer’s experience. Don’t lose credibility because of your “deserts.”

Back at the bar, I really wanted that chocolate stout, but the misspelling was driving me crazy. As I placed my order with the bartender, I pointed out the mistake as kindly as I could, knowing how annoying I might seem. In the end, I struck a chord with the bartender, who shared my distaste for poor spelling. He immediately fixed the offending word, and my chocolate stout—with all three O’s—was on the house.