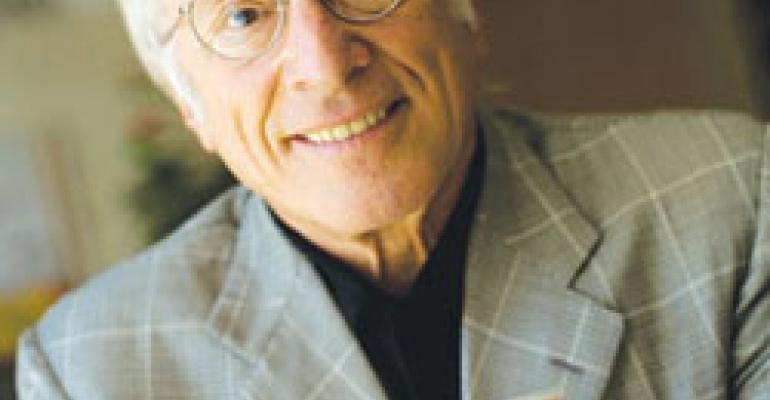 Veteran chain operator Sid Feltenstein, who has amassed a fortune by breathing new life into tired restaurant brands, recalls how critics questioned his sanity when he bought the A&W Restaurants chain in 1995.

But Feltenstein, a man colleagues describe as bold, daring and energetic, shrugged them off, and went on to acquire Long John Silver’s four years later. He then rejuvenated both brands.

His doubters were silenced when Feltenstein and his investment group sold the chains in 2002 to Yum! Brands Inc. of Louisville, Ky., for $270 million.

“Most people become enamored with the latest hot concept that has 10 units and could grow into 1,000 restaurants,” Feltenstein said. “But it occurred to me that there is an opportunity to build a major restaurant company by finding troubled brands and making them successful with the right strategy, the right management and the right balance sheet.”

Today the 66-year-old restaurateur is chairman, chief executive and president of Sagittarius Brands Inc., the holding company for the 600-unit Captain D’s Seafood chain of Nashville, Tenn., and Lake Forest, Calif.-based Del Taco, which has more than 460 stores. The two chains generated combined 2006 sales of $1 billion.

Feltenstein and his team are aiming to repeat the successes they had with A&W and Long John Silver’s. They are directing a makeover of the struggling Captain D’s while testing the viability of co-branding it with Del Taco. The first such unit opened in July near Nashville.

Feltenstein is a big believer in private-equity firms, which have always backed his acquisitions. He views their infusions of cash as a positive for the industry.

“It helps everyone refocus on what is important,” he said. “It provides needed capital for systems to grow, and it puts a premium on extracting profitability, which sometimes people forget.”

David Head, president of Captain D’s, says Feltenstein has “the ability to frame a picture of where he wants the organization to go—it is simple and clear with the proper amount of grandeur.”

According to Head: “Sid is a guy who adds energy and gets people fired up.” He is “very, very intense and very, very hard-charging. He goes 24/7. I have had conversations with him at 1:30 in the morning, and he is never tired.”

Feltenstein, after starting his career in marketing with consumer products companies, made the jump to foodservice in 1972 when he joined Dunkin’ Donuts and ran its company-store division for seven years. He then was Dunkin’s senior vice president of marketing, a post he held for 12 years, during which the chain began its long-running “Time to make the doughnuts” campaign featuring Fred the Baker.

“At the time, most doughnut sales took place in supermarkets, and the advantage we had was our products were fresher, and they were made a couple of times throughout the day,” Feltenstein said. “I reviewed that with our advertising agency, and I charged them to develop advertising that would give us the competitive advantage.”

Tom Schwarz, former president of Dunkin’ Donuts and a director on Sagittarius’ board, credits Feltenstein with playing a key role in rollouts of such products as muffins and doughnut-hole Munchkins. Feltenstein “brings credibility to any position he holds in foodservice…You can feel the sense of competition he brings to any job,” said Schwarz, who also is member of the board of directors of Lebhar-Friedman Inc., parent of Nation’s Restaurant News.

Feltenstein’s also helped to elevate the Washington, D.C.-based International Franchise Association, or IFA, according to its president, Matthew Shay. Feltenstein served as IFA chairman in 2004.

“I was impressed by Sid from the first time we met because of his willingness to express a bold vision,” Shay said. “He is not afraid to think big thoughts, and more importantly, turn them into reality. What sets him apart as a leader is not only his great vision, but his commitment to see that vision through.”

Shay approached Feltenstein in 2002 to chair the IFA’s political-action committee, which at the time raised about $15,000 a year.

But Feltenstein met the goal, according to Shay, and now the committee is on track to raise $250,000 this year.

Shay also credits Feltenstein with helping the IFA increase the size of its congressional fly-in lobbying effort from about 100 members in 2000 to more than 500 this year.

“Sid was the guy who put the big marker out there and said, ‘This is where we need to go,’” Shay said. “Sid said, ‘If individual franchisees are like snowflakes, then we need to create a blizzard on Capitol Hill.’”

In 1992 Feltenstein left Dunkin’ to become executive vice president of worldwide marketing for Burger King Corp. in Miami. A few years later he left BK during a management shakeup and went on to engineer the buyout of A&W from Detroit real estate magnate Alfred Taubman for an estimated $20 million.

“I was always amazed that restaurant brands would get into trouble and have good and bad periods, but rarely did they disappear,” Feltenstein said. “When I bought A&W, people in the restaurant business questioned my sanity, but I have faith in the power of brands.” He says the A&W concept appealed to him because of its history dating back to 1919. In addition, its franchisees “were great people who were passionate about the brand,” he said.

“We worked with the franchisees, getting everyone on the same page and creating a new image,” Feltenstein said. “We started to grow the brand so that we could restore the faith of franchisees and employees.”

Feltenstein’s group bought Long John Silver’s for an undisclosed sum in 1999 and formed Yorkshire Global Restaurants as a holding company.

“Long John Silver’s was a wonderful brand that had gotten itself into trouble,” he said. “It had gone through financial restructuring, and management had taken its eye off the business.”

“Sid understands that the strength of an organization is about the people that work for you as opposed to the people you work for,” said Powell, who left Sagittarius a year ago because of his wife’s serious illness. “Sid recruits people with wildly divergent points of view. He is not looking for ‘yes’ people. He is looking for the brightest people in the room. And Sid is very loyal to the people who work for him.”

Frank A. Adams, managing general partner at Grotech, which also assisted Feltenstein in purchasing A&W and Long John Silvers, described him as “a guru at people selection.”

Adams also said Feltenstein “delivers on what he promises, and if he falls short, he is quick to point out where he went wrong.”

Feltenstein, who will oversee Sagittarius Brands while it searches for Powell’s replacement, indicates that the company won’t actively seek acquisitions until that post is filled.