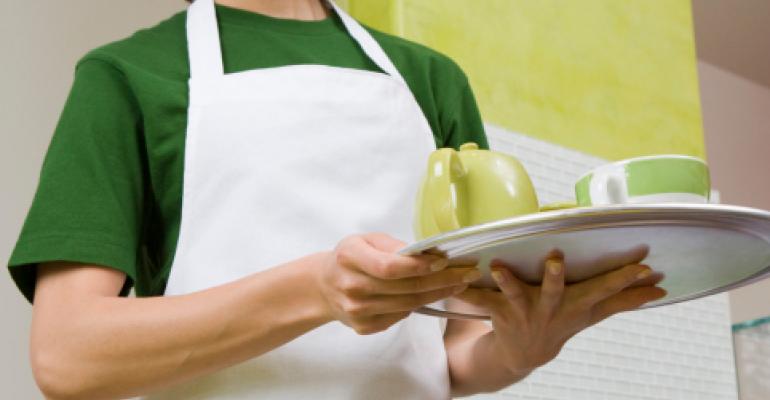 New findings from Technomic highlight one of the most effective tools at restaurateurs’ disposal to spike beverage sales: their servers.

According to the Chicago-based market research firm's “Beverage Consumer Trend Report,” 23 percent of consumers would consider drinking a beverage they had never tried before if their server recommended it, and 30 percent of those patrons identified as heavy beverage users said a server suggestion would impact their beverage purchases.

“This likely indicates that these consumers are more open to trying new beverages overall and suggests that operators may be able to use server recommendations to market new, limited-time offers or seasonal beverages toward this group,” said Darren Tristano, executive vice president at Technomic.

The report explored current trends and consumer attitudes toward nonalcoholic drinks like soft drinks, coffee, smoothies and tea, and was based on a June 2010 online survey of more than 1,500 U.S. consumers, who were identified as heavy, moderate or light users.

The data revealed that 86 percent of consumers purchased a drink away from home in the last month and that of those users, 24 percent bought a beverage outside the home every day. Survey respondents reported that they drink about seven types of beverages per month and purchase an average of three different kinds of drinks away from home per month.

Forty-three percent of consumers are interested in premium beverages, and 42 percent look for healthful drinks when making a beverage purchase, the study found. But taste and quality were the factors that influence most drinking decisions, cited by 76 percent and 73 percent of respondents, respectively.

Several chains have acted to leverage this trend, notably McDonald’s, whose major menu upgrades include the McCafe line of beverages, comprising espresso-based hot and iced coffee, two varieties of blended Frappes, and the recently launched Real Fruit Smoothies. The nation’s largest quick-service chain also has driven traffic at its restaurants the past few summers with a $1 any-size-beverage deal on its soft drinks and sweet tea.

Brands known for their coffee like Starbucks and Dunkin’ Donuts continue to introduce new products or, in the case of Starbucks’ Frappuccino drink, allow for more customization. Burger King switched its regular coffee to the Seattle’s Best brand, which Subway began selling when it recently launched its first breakfast program.