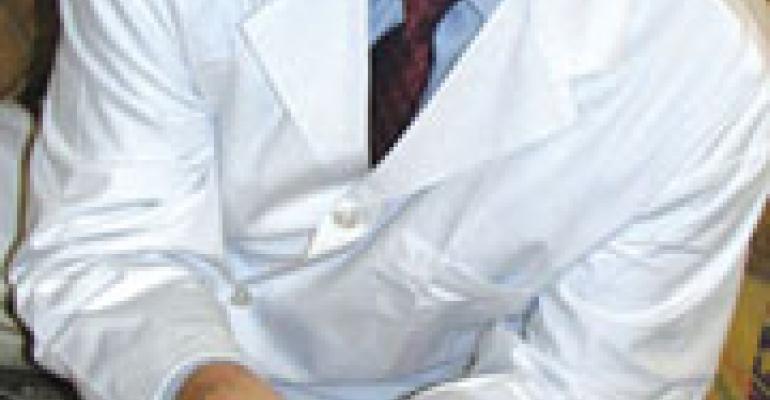 Growing up on a farm in Abbott, Texas, country music super-star Willie Nelson didn’t know how fulfilling the taste of fresh, naturally produced vegetables was until he became a traveling balladeer.

“We had organic food and didn’t know it,” Nelson told The New York Times recently in promoting his 22nd annual Farm Aid concert series. “It tasted great, and we had a lot of great tomatoes and potatoes and other vegetables all our own. Then I left home to go on the road, and I couldn’t find that food any more.”

While Nelson and a galaxy of other superstars sung songs to thousands of concertgoers who paid anywhere from $52 to $1,502 per ticket at New York’s Randall’s Island recreational and performing arts park, some of the money went to Farm Aid’s alliance with the Good Food Movement. GFM is an umbrella group for organizations promoting sustainable agriculture without hormones, antibiotics, pesticides, enhanced fertilizers, recycling or conventional industrial-farming methods—all things that are shunned by organic farmers and avid consumers of their products.

Yet for all the findings that organic produce has more vitamins and nutrients than conventionally grown food, and for all the beliefs of advocates that organics are better for the environment, the restaurant industry accounts for but a fraction of the organic-food industry’s sales.

And most of that small slice of the organic pie comes from select fine-dining establishments.

Scientists continue to stress that the nation’s stringent food safety surveillance regulations keep foods grown conventionally or even through bioengineering from posing any more risk to consumers than organic alternatives.

In any case, because organic food crops command a cost premium as a result of rising consumer demand, most operators remain unwilling to purchase those products.

According to the Organic Trade Association’s 2006 Manufacturer Survey, which was based on statistics from the United States Department of Agriculture and the OTA’s members’ reports, even though sales of organic foods jumped 21 percent in 2006, they only accounted for 2.8 percent, or $16.7 billion, of the $598 billion that American consumers spent on food last year.

Although the OTA does not track how much organic food restaurants sold, it reports that foodservice establishments—including hospitals, business cafeterias and other institutions—bought $694 million of organic food in 2006, up 52 percent from the prior year’s $456 million in such purchases.

Barbara Haumann, spokes-woman for the OTA, says organic-food sales have been increasing 15 percent to 20 percent a year for the past decade or more as consumers increasingly have sought healthier foods that are environmentally friendly.

“Our members tell us they could sell a lot more, but there is not enough supply, it outstrips demand,” she says. “New parents who want to feed offspring clean foods, dawning awareness of pesticides in the environment and a fear of meat with hormones are fueling this growth.”

While patrons of fine-dining restaurants may not flinch from the high price points that can be attached to organically grown products—such as those at Berkeley, Calif., restaurateur Alice Waters’ influential Chez Panisse restaurant—chain operators say they can’t afford to be as persnickety.

Broadhurst, however, speaks proudly of his company’s commitment to sustainability in sourcing as much of its inventory as possible from local growers and lower its energy costs.

“For a company of our size, organic foods are prohibitively expensive for us and the cost-to-value ratio is hard to justify,” he says.

Broadhurst points out that only a limited amount of organically grown vegetables and breads for sandwiches are used by the company’s full-service restaurants. Only a few of the company’s institutional accounts offer organic products.

“We have a few colleges that want organic foods, and that’s mainly driven by the students,” he says. “But if the client wants it, we fully apprise them of the cost, especially if they want something out of season. This is one of the reasons why we try to buy locally produced products.”

On the luxury side of the restaurant business where cost is no object, some chefs say they are not intimidated by the higher cost of organic foods since they know that their guests are willing to pay for them.

“I think you want to avoid foods with pesticides, artificial coloring, synthetic fertilizers, antibiotics, hormones and irradiation in general,” he says. “The same is true with highly processed foods.

“Chefs and consumers who know foods say that organic foods taste ‘brighter,’ and by that I mean the flavor is not masked by artificiality or chemicals.”

Knowing vendors is the key to organic foods, he adds.

“I think the key to finding the best organic product is to have a relationship with your provider so that you will have some knowledge about the chain of origin,” he says. “Where did the product come from? Who was the grower? What are their growing techniques?”

Scott observes that organic produce tends to be smaller and more compact than conventionally grown produce, and, he says, organic “beans, cabbage and other veggies cook faster and have a more robust taste.”

Despite his concerns about cost, Broadhurst explains that Eat’n Park has formed a “sustainable green practices committee” to examine nearly a dozen different areas of the company’s business practices—including the feasibility of buying organic products and ways to reduce the company’s “carbon footprint.”

If Eat’n Park’s committee decides that investments in more organic foods makes sense, the company may decide to join one of the many grassroots or professional green organizations that are giving certifications to restaurants committed to organic foods.

Although the U.S. Department of Agriculture created a certification process five years ago for organic-food producers that culminates with a seal of approval in the form of a logo suppliers can affix to their products and packaging, no government agency certifies that restaurants are organic.

The logo of the USDA’s National Organic Program is considered a marketing tool with no health or food safety enforcement behind it and is intended to help restaurateurs and retailers like Whole Foods identify organic vendors.

However, the Boston-based Green Restaurant Association is making an effort to validate “organic” claims.

The GRA’s executive director, Michael Oshman, says the 17-year-old organization has about 320 restaurants and companies as clients. In order to obtain the GRA logo, operators must sign a pledge committing to 11 key businesses practices that would ultimately qualify them to be “green.” Buying organic is one of those changes, which also include building more environmentally friendly buildings, recycling, sourcing alternative energy, fighting pollution and composting.

Oshman points out that while organic foods can be pricier than conventionally grown products, they need not be, and he points out that one of the consulting services his group provides focuses on cost-effective purchasing.

Donna Garren, vice president of health, safety and regulatory affairs for the National Restaurant Association, says there is a place in the market for both organic and conventionally grown foods. She says operators should provide what their customers want, even though she suspects that college-age consumers or those living in and around university settings seem to be exerting a disproportionate demand for organic foods.

Garren, a microbiologist, says there is no scientific evidence that organic foods are safer for the environment or better for human health.

“The evidence does not indicate that organic food is better for human health than conventionally grown foods,” she says. “Whether traditional or organic, if you adhere to food safety practices that are rooted in science from the farm to the table, both are safe and good for you.”

“It’s a misperception that no chemicals are used in the organic process,” she says. “Crops have to be protected. Animals have to be brought back to good health when sick. You just can’t put a sick animal in the slaughter yard and say, ‘Oh, it’s organic.’”

Sharon Bomer, executive vice president for the Biotechnology Organization, a trade group that promotes and researches the application of technology in agriculture, says that despite natural-food critics who blast her industry, bioengineered foods have a great track record with humans and the environment in the 11 years since the first genetically modified crops were bought to market.

Noting that no one has ever been known to get ill from a bio-engineered food product and that three federal agencies apply heavy scrutiny over the bioengineered-food industry, Bomer says that in important ways, bioengineered foods are doing a lot to feed humans and improve the environment.

“Hardier harvest, herbicide tolerant, insect resistant, crops grown on no-till land that do not need to be plowed—these are environmentally positive developments, and the food safety record is 100 percent,” she contends.

But some chains remain skeptical about bioengineered foods and conventionally raised products and increasingly are adopting green policies that include a focus on organics.

One of them is Denver-based Chipotle Mexican Grill, whose marketing mantra is “food with integrity.”

Chris Arnold, a spokesman for the 580-unit chain, says it favors organic produce and hormone-free meat and is firmly committed to sustainably raised and harvested ingredients.

“It wasn’t too long ago when the notion of organic food and renewable energy were fringe concepts,” he says. “Now they have become mainstream, and there is a real pushback against the industrial-farm infrastructure, and we’re proud to be part of that.”

Arnold claims that Chipotle is the largest user of hormone-free, naturally grown, all-vegetarian-fed meat products in the restaurant industry.

Of the 35 million pounds of meat the company sold last year, 100 percent of the pork, 70 percent of the chicken and half of the beef products were naturally raised, he says. But the chain tries not to overemphasize those facts.

“We softly push it,” Arnold says, by mentioning the names of various farms and places where the company sources its meat on the menu.

“But I guess we are doing something right,” he adds. “Our sales keep improving.”