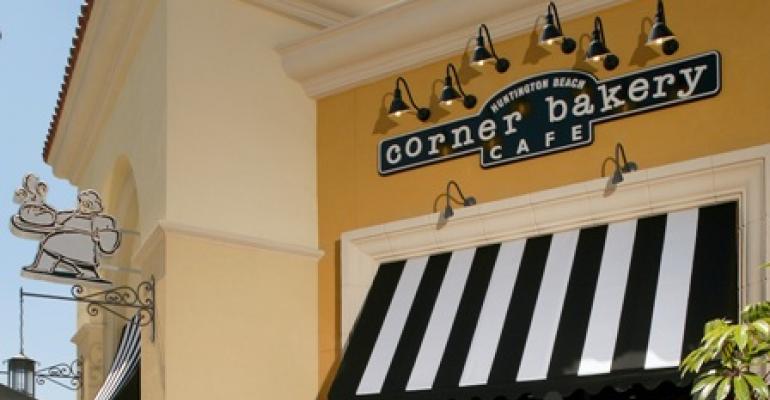 Terms of the deal, which will be announced later today, were not disclosed. Nation’s Restaurant News reported the deal last month, based on various sources.

In an exclusive interview with Nation’s Restaurant News last week, Roark Capital confirmed the deal, and said the acquisition will stoke a bigger franchising push for the 119-unit, fast-casual Corner Bakery Café concept, which is currently 85 percent corporate-owned.

“We think Corner Bakery is one of the best-positioned brands in the industry,” said Neal K. Aronson, founder and managing partner of Atlanta-based Roark, the private-equity firm that owns Focus Brands of Atlanta, McAlister’s Deli of Ridgeland, Miss., and Wingstop Restaurants Inc. of Dallas.

“We think it’s a terrific opportunity on the franchise side, and we would expect to accelerate the growth in franchising,” Aronson said. “We think it’s the right people, the right brand, well-positioned and we think it has an opportunity to have large-scale but thoughtful and controlled growth.”

Mike Hislop, chief executive of Il Fornaio, said, “Today, Roark has franchises in all 50 states and 43 countries, so it’s what they do. They’ve been doing it and doing it well.”

VIDEO: Mike Hislop talks about the deal with Roark Capital:

Hislop added that Roark’s expertise with such brands as Auntie Anne’s Pretzels, Carvel Ice Cream, Cinnabon, Moe’s Southwest Grill and Schlotzsky’s will add to Corner Bakery’s franchise program, which it launched in 2007.

“We will be able to sit down with them and say, ‘OK, where do we go from here?’” Hislop explained. “There is a lot of white space out there. When you add Roark to the mix, it’s a match made in heaven. We’re very excited where we can take the brand together.”

Corner Bakery was founded in 1991 by Chicago-based Lettuce Entertain You, then was sold with Maggiano’s Little Italy to Brinker International and then spun off in 2005 to Il Fornaio’s CBC Restaurant Corp. subsidiary.

Aronson said Roark has been eying Corner Bakery for about four years.

“We’ve been interested in it and had our eye on it for a long, long time,” Aronson said. “The consumer appeal is terrific. The menu and quality of food is great. I think the breadth of the menu is wonderful. I think that the healthful options are really on trend for consumers.” All of Corner Bakery’s salads are less than 500 calories, for example.

“The price point is terrific, with no items above $8,” Aronson continued. “In a value economy and with a value consumer, that’s pretty terrific for what it delivers.”

The Il Fornaio deal also gives Roark, whose portfolio is now quick-service and fast-casual, a toe hold in the fine-dining segment.

“This will be our 10th restaurant company,” Aronson said. “We’ve been interested in high-end for some time, and just wanted to find the right place to enter.”

He added that the Il Fornaio and Canaletto units are well-run and profitable. “We never would have gone into something high end that that needed to be fixed, because we’re not experienced in that,” Aronson said.

According to estimates from Nation’s Restaurant News’ Top 200 census, 2010 corporate revenue for Il Fornaio/Corner Bakery totaled about $366 million, an increase of about 3.9 percent over the prior year.

Roark has about $1.5 billion of equity capital under management. It also owns the non-foodservice brands of Atkins Nutritionals, Batteries Plus, Bosley’s Pets, FastSigns, Money Mailer and Pet Value and is a franchisee of Seattle’s Best Coffee.