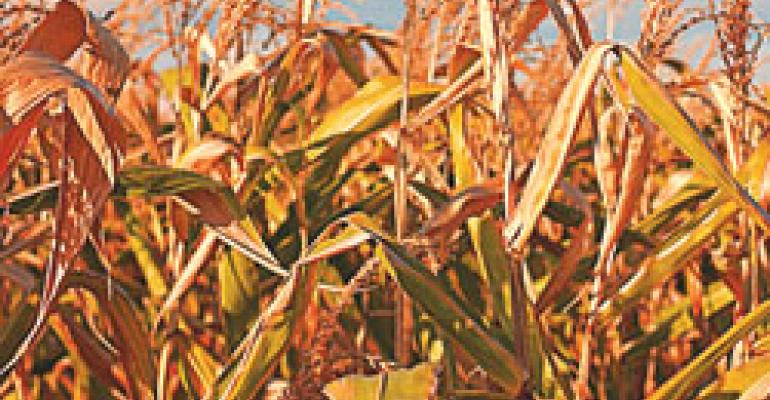 Nino Catuogno glides through his dining room with the confidence of a chorus line dancer on a familiar stage, fielding phone reservations, greeting guests and correcting errant plate presentations and server miscues. But the owner of the 12-year-old, award-winning Bricco Ristorante in mid-town Manhattan is about to add a new step to his repertoire that runs the risk of turning adoring fans into harsh critics if he stumbles. Catuogno wants to add 50 cents to every dish on Bricco’s menu.

“I don’t want to do it, but I have to do it if we are to make it,” said Catuogno, who also disclosed that he is facing the likelihood of a three-fold rent increase when his lease expires in October.

Catuogno is not alone in the fight to preserve margins without chasing guests away as food commodity prices skyrocket. Throughout the industry, operators in all segments are not only re-examining their pricing strategies but also more aggressively negotiating with vendors, offering smaller portions that carry the same price, switching to lower-cost ingredients and reducing food waste. They also are more zealously guarding against overportioning and trying to lure guests with low-price promotions while charging for bar foods that used to be free, like chips and salsa. Some operator are even using a little sleight of hand on menus to mask higher prices.

“I’ve been told to expect an increase in my flour costs by 70 [percent] to 100 percent,” Catuogno said, “and we make everything on premise—pizzas, breads, desserts and 80 different kinds of homemade pastas. A 50-pound bag of flour barely lasts a day here.

“I used to buy artichokes for $18 to $20 a box for [a signature appetizer of] artichoke pie. I paid $80 last week for the same box, and to make everything worse, everything comes in with a 3-percent to 5-percent fuel surcharge on top of the food price hikes.”

Whereas such items as tomatoes, beef, poultry, wine and seafood have wreaked havoc with margins in the past as a result of droughts, trade wars, overharvesting or farm diseases, the price hikes facing the industry today are different.

Experts say one of the leading instigators behind increases in restaurateurs’ food bills is the federal government’s push to encourage the production of eco-friendly, renewable energy sources, such as ethanol. Because farmers can make more money diverting their corn harvests or converting their wheat and soy fields into corn crops for ethanol instead of livestock and poultry feed—historically the dominant market for corn yields—food prices are rising.

The unintended consequence of advancing the nation’s goal to become energy-independent is that the reallocation of cropland for corn has contributed to a worldwide shortage of wheat and higher feed costs that trickle through the food supply, boosting the prices of proteins and other food items.

In addition, a growing number of commodity index funds has made it possible for more investors to speculate in commodities, leading to inflated prices and greater market volatility.

Exacerbating the situation is the record-breaking cost of gasoline, which forces suppliers to pass on fuel surcharges for deliveries.

Raising menu prices periodically, even in the best of times when inflation is modest, has always been a risky gamble most operators tried to avoid. But these are hardly good times.

A recent telephone poll of 1,400 people conducted by The New York Times and CBS found that Americans never have been more worried about the future of their families’ financial health. About 81 percent of respondents said they believe the nation to be in a recession already, although no official federal source shares that opinion. A recession is defined as two or more consecutive quarters of a decline in the gross domestic product.

One way Nick Vojnovic, president of Beef ‘O’ Brady’s, a 250-unit casual-dining chain based in Tampa, Fla., intends to preserve margins while not hurting customer traffic is to take modest price increases with new menus at least three times a year.

He said the chain typically had increased menu prices only once a year, about 2.5 percent, usually at the start of the football season, historically his brand’s strongest sales period.

But with food prices rising across the board, a new Florida minimum-wage increase, fuel surcharges and insurance premium hikes, Vojnovic said the chain was caught “flat-footed” and already has seen inflation eat away last fall’s menu price increases.

New menus also will be less glamorous, with no more laminated covers or pockets or heavy paper stock, he said. Instead, Beef ‘O’ Brady’s will roll out new menus that are cheaper to produce and could save the company as much as $110,000 a year.

He also has advised his franchisees to pass out whole pickles with sandwiches only when guests ask for them. He said he bussed a unit not too long ago and was stunned by the number of untouched, fresh whole pickles that went in the trash.

“That’ll make a little margin difference,” he said, adding that he may do the same for crackers.

David Pavesic, professor of hospitality administration at the J. Mack Robinson College of Business at Georgia State University, does not advise raising menu prices across the board, he said, but if operators feel they must, they better be crafty about how they do it.

First, he said, print the higher menu prices on an old transitional menu in the same typeface and size so that regulars are less likely to recognize differences when the new menu is rolled out. Then, when the new menu is printed with increased prices, fewer regulars will complain and newcomers won’t detect the increases.

Second, he suggested, the new menu’s dish descriptions should be set in the same typeface and font size that’s used for their prices.

Third, the price should not be segregated on the right-hand side of the page, but integrated into the menu descriptions, he said.

Some big chains say the best way to fight food inflation is to do even more to shore up their value commitment to guests.

“We’re aware that prices are rising, but we figured the first thing we need to do is remain consistent and offer the same great products at great prices,” said Kevin Kane, a spokesman for Milford, Conn.-based Subway, in explaining his brand’s current promotion of $5 foot-long sandwiches.

The campaign originally was intended to end in March, but may be available for several more weeks, he said.

“We’re glad to be offering a product that reduces some of our pricing,” Kane said.

Paul Steck, chief operating officer of Saladworks, a 93-unit, largely franchised fast-casual chain based in suburban Philadelphia, tries to avoid issues that can arise because of franchisees’ latitude to raise prices beyond the franchisor’s recommended level. He strives to make sure they do not have to by establishing good contracts with the chain’s produce vendors in Salinas Valley, Calif. The upshot, he said, has been that Saladworks is paying 35 percent less for tomatoes than the market price.

“Consumers will downsize from the higher average check of a full-service restaurant and receive the same or better quality for a slightly lower price and don’t have to tack on an 18-percent tip,” he said. “Raising prices is not the only method to protect your margins. We train our franchisees to be relentless in terms of reducing waste and overportioning.

“Our line of 14 signature soups is offered as a $1.99 add-on to any of our entrée-size salads,” he continued. “This menu extension has allowed our operators to see a 45-cent increase in average check sizes in the last 12 months.”