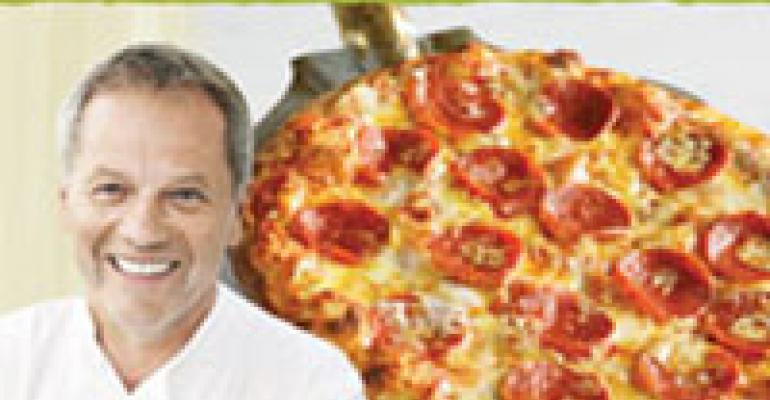 As economic pressures oblige consumers to take more of their meals at home, an increasing number of restaurateurs are turning to their old rival, the supermarket, to help them keep their brands in front of patrons.

While many operators long have stocked grocery shelves with retail brands, more are embracing the strategy as a way to encourage ancillary revenue streams without too much capital investment at a time when restaurant traffic is stalling. In addition, many are betting that retail products will help keep their brands top of mind during the recession and ultimately steer more diners into their restaurants.

The key to winning retail revenues, operators say, is finding the right partner to handle manufacturing and distribution. Many also recommend maintaining full control over quality in any licensing agreements.

For California Pizza Kitchen, which this year introduced its first nonpizza grocery product with the new microwaveable Flatbread Melts sandwiches, royalties from its longtime licensing agreement with Kraft accounted for only 1 percent of revenues in fiscal 2008, but sales of the pizzas were up 40 percent over the prior year, reaching $6.6 million.

“When we arrive in new markets, people know us,” he said.

Wolfgang Puck began with pizzas, but the company’s line of grocery products has grown to include soups, stocks and broths, whole-bean coffees, and, soon, a new shelf-stable ready-to-drink coffee line.

Joe Essa, president of Los Angeles-based Wolfgang Puck Worldwide, or WPW, which includes the consumer food retail line, said Puck’s goal was to provide products and services that would touch people at a variety of price points.

Combined sales for Puck’s food retail products are in the $150 million range, Essa said, and the company has seen an increase in sales of 2 percent to 3 percent over the past two quarters as consumers dine more at home.

This month, Puck will introduce a new 11-inch, thin-crust pizza, the largest of the pizza line, all of which is produced by Schwan’s Consumer Brands North America Inc., based in Bloomington, Minn.

Later this year, Puck is scheduled to introduce a new shelf-stable coffee, which is designed to be served cold or at room temperature, Essa said.

The introduction will mark a second attempt at ready-to-drink coffee for WPW. In 2005, the company put its name on a line of lattes in a self-heating container. The company, however, later pulled the products after consumers reported problems with the high-tech cans.

Emeryville, Calif.-based Jamba Inc., parent to the Jamba Juice smoothie chain, also last year pulled a ready-to-drink beverage only seven months after it appeared on grocery shelves in a licensing agreement with Nestlé.

Blaming “production issues,” Jamba chief executive James White, a former Safeway executive, has pledged to develop a new line of branded consumer retail products that are likely to debut in late 2009 or early 2010.

Starbucks also has pledged to grow its consumer products line, which so far this year has included the introduction of a new instant coffee and a second attempt at branded ice cream.

The Seattle-based chain sold a line of ice creams previously in a joint venture with Dreyer’s that began in 1996. Last month, the company reintroduced its ice cream line after shifting to a licensing agreement with Englewood Cliffs, N.J.-based Unilever.

The flavors, such as Caramel Macchiato and Mocha Frappuccino, are more in line with Starbucks’ beverages, and the new ice cream line is made with rBGH-free milk and cream, officials said.

“Our franchise partners at the time were worried that [selling the ribs in grocery stores] would stop customers from coming into the restaurants,” Myres said. “We’ve done market studies and found that it’s a positive correlation. If they buy it and they enjoy it, it creates a favorable impression. It’s really a separate buying decision.”

For the fiscal year ended in March, Myres said sales of the grocery products increased four times over the previous year, though he declined to give a revenue amount.

Steak n Shake officials declined to comment on which menu items might be destined for the grocery aisles. Global Icons has helped develop licensed grocery products for companies such as Chuck E. Cheese’s, Cold Stone Creamery and Mrs. Fields.

Chuck E. Cheese’s, for example, gives its name to a cheese snack product that includes a restaurant coupon on its packaging. McClinton said the coupon from the snack pack is redeemed at a higher rate than those distributed through newspapers or other channels.