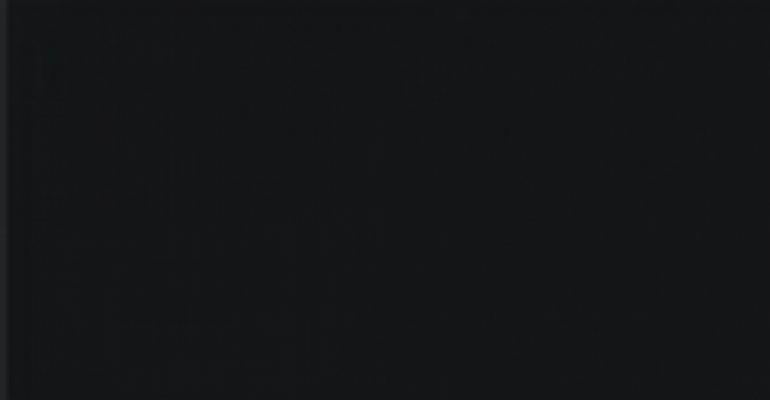 The real price of rising costs

When Darryl Thompson opened his first Taco Del Mar franchise unit in the Fort Worth, Texas, area in 2006, he was told by the Seattle-based franchisor to expect food costs to run about 32 percent.

In reality, however, Thompson found his costs running between 37 percent and 39 percent, and sometimes higher. He also ran into trouble getting product he needed from the franchisor-approved vendor. As a result, according to Thompson, less than a year later he was forced to close his store and file for bankruptcy, losing most of his $300,000 investment, which included equity in his home.

Thompson’s story is an all-too-familiar one in an industry under pressure from what some call a “perfect storm” of price increases, including escalating food commodity costs, rising energy prices and soaring real estate rates.

“With such narrow margins, food costs are a huge issue for franchisees,” says Paul Steinberg, a New York franchise attorney and former Subway franchisee. One percentage point “can be the difference between making money and bankruptcy.”

And the situation is exacerbated when the economic climate gets tough, industry members say. As small margins grow smaller, tensions tend to swell between franchisees and franchisors. Franchisees often point fingers at their franchisors, who in turn point to macroeconomic factors beyond their control. Either way, when times get tough, the franchisor-franchisee relationship gets tougher.

“When there’s a lack of trust, franchisees are going to believe the worst of the franchisor,” says Tim Pickwell, a franchise attorney in San Diego.

At least two franchisors, 262-unit Taco Del Mar and Denver-based Quiznos Sub, currently are butting heads with franchisees over rising food costs and shrinking margins. Officials at both chains say they are working to help operators improve their bottom lines through the introduction of new, value-oriented products and increased efficiencies.

Franchisees at both chains, however, say they are not convinced their respective franchisors care whether or not they make a profit. Some have expressed concern the franchisors are boosting their own respective bottom lines by profiting from the sale of products to franchisees.

That’s because franchisees typically must follow their franchisor’s strict standards when it comes to purchasing decisions, attorneys say.

It is common practice for franchisors to require their operators to purchase product directly from the company or from approved vendors—though the practice must be disclosed on Uniform Franchise Offering Circulars, or UFOCs.

In many cases, if a franchisee decides to save money by purchasing a required ranch dressing at a warehouse club, instead of through an approved vendor, they might be found in default of their franchise agreement.

The goal of such rules is to ensure consistency and that high standards are met, attorneys say. In addition, franchisors often can offer better prices through the economies of scale created by volume purchases.

But sometimes the rules don’t work.

The 5,200-unit Quiznos sandwich chain has been battling franchisees in court for years, with high food costs as a common theme—though not necessarily as a result of high commodity prices.

In several cases, franchisees say they are being overcharged for required products.

Earlier this month, a federal judge dismissed one case filed by 12 franchisees in Wisconsin who charged that the franchisor acted fraudulently by forcing the operators to buy supplies at higher prices from Quiznos or approved vendors who paid “kickbacks” to the company.

The judge dismissed the racketeering, fraud and antitrust claims, saying Quiznos fully disclosed its practices. The ruling, however, left a door open for more lawsuits to be filed alleging breach of contract and violation of fair dealership laws in state court. Attorneys for the franchisees say they will pursue such suits, along with appealing the federal ruling.

Similar cases are still pending in Colorado and Illinois.

Justin Klein, an attorney representing Quiznos franchisees in all three cases, says the issue is not about disclosure or macroeconomics, but the abuse of power.

“Franchisors have locked-in consumers,” says Klein. “When franchisors need to make more money and they can’t increase sales to franchisees for whatever reason, they look to selling more product to franchisees.”

Still, it isn’t fair for a franchisor to charge an exorbitant fee for a loaf of bread just because they have disclosed the fact that franchisees will be asked to buy their bread, contends Klein.

Emmett says the charges of overpricing are “categorically not true.”

“We’re very comfortable with our food costs,” he says, despite the fact that the costs of food, labor and utilities have gone up for everyone in the industry.

Since Greg Brenneman stepped in as Quiznos president and chief executive in January, the company has reduced average food costs by almost 4 percentage points, Emmett contends.

Earlier this month, the chain also rolled out new flat-bread sandwiches called Sammies, also designed to help franchisees build sales. Priced at $2 each and positioned as a snack or a meal, the new Sammies have helped increase transactions in the markets tested, according to Clyde Rucker, Quiznos chief administrative officer and executive vice president.

Danny Kessels, owner of a Quiznos in Boulder, Colo., and president of the Toasted Subs Franchisee Association, is not impressed.

Food costs have dropped for some in part because of a price increase combined with a reduction in portioning, he says.

What Quiznos needs, Kessels argues, is a food co-operative that would give franchisees more control over purchasing and marketing dollars.

“I feel as if this brand is in jeopardy right now,” says Kessels, noting that Brenneman does not acknowledge the association.

“My biggest goal is to sit down and start working with them. We need to work together,” he says. “But they don’t listen.”

Franchise attorneys representing both franchisees and franchisors agree that it is the franchisor’s job to help its operators weather storms like the current economic downturn.

“I’m not sure even the most sophisticated company could have predicted the increase in commodity prices, oil and corn,” says Pickwell, the San Diego attorney who works with franchisors such as Baja Fresh and Sammy’s Woodfired Pizza. “It was the perfect storm brewing.”

In general, however, a good franchisor will focus on long-range strategic buying, looking for economies of scale, says Pickwell.

Franchisors also should develop a cohesive plan for marketing and promotions. “You don’t want to market the $1.99 prime rib when prime rib’s at an all-time high,” he says.

Beyond that, it’s a franchisor’s job to encourage operational efficiencies, such as portion-size management and waste reduction, Pickwell says.

That’s what Taco Del Mar has been trying to do more of, especially in light of complaints about food costs that, some say, threaten to drag down the growing fast-casual chain.

Blog sites, such as the franchisee-oriented Blue Mau Mau, are filled with largely anonymous horror stories from franchisees about high food costs and the lack of support from the franchisor.

Taco Del Mar saw 35 stores close in fiscal 2007, which ended Sept. 30—the most of any single year. The company notes, however, that 90 stores opened during that period and 100 to 125 more franchise stores are expected to open by October 2008, according to James Schmidt, the chain’s founder and chairman.

David Huether, who served as the chain’s president for three years, stepped down from that position earlier this month, though he remains a minority stakeholder.

Huether’s departure had nothing to do with the franchisee complaints, Schmidt insists.

“It’s time to have a fresh pair of eyes,” he says. “Fresh ideas are a good thing. Taco Del Mar will benefit from Kevin’s presence. He has a different way of doing things.”

Schmidt adds that most of the complaints are coming from a vocal few and that most franchisees are faring well as the 262-unit chain moves into the Midwest and Northeast.

Food costs, however, are a real concern, as are increased labor and real estate costs, Schmidt says.

Most of the stores that closed were in California, where real estate prices reached record highs in the past year, as well as the Dallas and Phoenix markets, he notes.

In April, the company initially recommended a 50-cent increase to the price of the chain’s Mondo Burritos, to $5.49, a plan that Schmidt says resulted in consumer pushback. Now the franchisor is testing a drop in pricing, along with adjusted portioning, to increase sales.

In Phoenix, Taco Del Mar franchisees have lowered the price of featured burritos from $5.49 to $3.99. As a result, food costs increased 3 percent, but sales went up 10 percent.

In addition to price adjustments in certain markets, Schmidt says the franchisor is “going back to our purveyors and looking at whether we have as good a deal as we can get.”

Schmidt admits that pioneers in new markets suffer in part because, until there are at least five stores open in a market, product purchases are considered a special order.

The franchisor does funnel rebates from some vendors, such as Coca Cola, into a general marketing fund from which all restaurants benefit, Schmidt says. The fund is audited annually and available for inspection by franchisees.

In addition, the company plans to put more than $300,000 into the marketing fund to support efforts to promote the new value-pricing programs.

Schmidt says he believes “it is the franchisor’s responsibility to leave no lock unturned” in attempting to help franchisees survive in difficult times.

Others, however, say franchisees need to toughen up.

Anthony Wean, a longtime Subway franchisee and Taco Del Mar master developer in Ohio who opened his first store in Cincinnati earlier this month, says, “Fred Deluca didn’t come run my store for me when I picked a crappy Subway location,” referring to the founder of Subway franchisor Doctor’s Associates.

“I’ve got 25 Chipotles in Cincinnati ready to kick my ass,” he adds.

“Unless you’re ready to go out and fight for every customer, you’ll never succeed.”

For Thompson, however, it’s too late.

It was probably a “red flag” when the unit owned by the master developer, or MD, of the Dallas-Fort Worth area went under, he admits.

“He blamed it on location,” Thompson says. “But there was Taco Del Mar, selling franchises before they even had a fully functioning MD.”

Thompson says he hopes others will learn from his mistakes.

Taco Del Mar’s “vision is to expand, but they really should make sure they have good processes and systems in place first,” Thompson says. “My main objective is to make sure potential franchisees in the future go in with eyes wide open and not lose their life savings, like I did.”