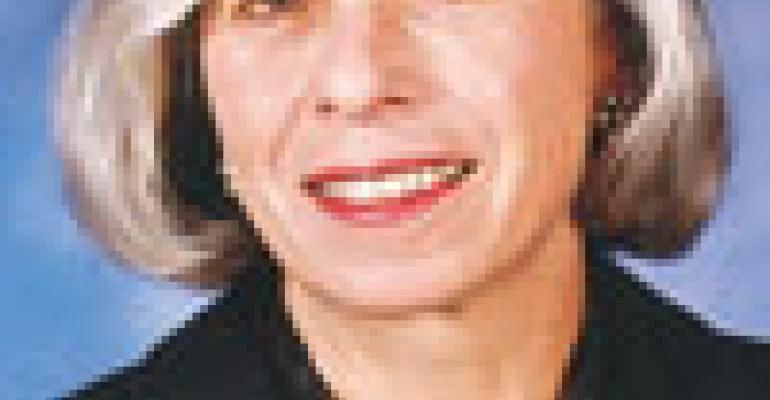 Popularity of red velvet cake rises throughout the country

Red velvet cake, a tradition in the southern United States for more than a century, recently has become so insanely popular in bakeries and on dessert menus that it now has international renown. Cupcakes & Co. opened last year in Paris and sells a red velvet cupcake.

Here in America, the cake, or cupcake version, once limited to the domain of the home baker and the occasional soul food restaurant, is everywhere, from Los Angeles to Boston, north and south.

Red velvet even offers something of interest to the avant-garde molecular-gastronomy practitioner. There is a theory that the chemical reaction of acid, like buttermilk or vinegar, in the batter, with cocoa, results in the reddish hue, thanks to the presence of anthocyanin, a pigment that reddens in the presence of acid. Before Dutch-processed alkaline cocoa, which neutralizes the pigment, was available, regular cocoa gave chocolate cake this ruddy aspect. Devil’s food cake was another result. But bakers supposedly liked the redness and then began ramping it up with food coloring to make red velvet cake.

There is often a nice, subtle chocolate component in the flavor. But some recipes omit the cocoa entirely. Now there are cakes that are bright enough to stop traffic. As for the icing, it’s snowy white, and often cream cheese-based.

In the 1920s it was the signature dessert at the Waldorf-Astoria in New York. John Doherty, who was the executive chef until a few years ago, recalled, “It was so popular that we kept it on the room-service menu.”

Red velvet has become a must at cupcake bakeries such as More in Chicago, which now ships it nationwide. At New York’s Magnolia Bakery, it is the most popular flavor. Sprinkles Cupcake Pantry in Los Angeles has also made it something of a signature. And it’s kosher at Crumbs in New York.

In Knoxville, Tenn., Litton’s Market and Restaurant specializes in huge portions of it. Also in Knoxville, red velvet is served at the venerable Regas Restaurant, now owned by Connors Concepts, which gave out portions of it free to celebrate the restaurant’s 90th anniversary in 2009. Tupelo in Cambridge, Mass., may not be geographically south, but its cooking certainly is, and that includes red velvet cake.

And it seems to be nearly as popular in New Orleans as bananas Foster. There red velvet cake is served at Veranda, Nola, Cochon and Elizabeth’s Restaurant.

But it is also on the menus of operations that have no soul, barbecue or Southern style. For instance, California Pizza Kitchen serves it. At the Bubble Room in Captiva, Fla., there’s a neon-red cake. Craftsteak in New York and Craft in Los Angeles have it on the menu.

In New York, the new Red Velvet Lounge on the Lower East Side serves liquor-infused cupcakes paired with drinks, including red velvet with a glass of demi-sec Champagne.

As for variations, at Virgil’s Real Barbecue in New York they serve red velvet hush puppies. Vegan red velvet cupcakes are available at T-Salon in New York. And a red velvet cake doughnut is just one of the flavors at the Peter Pan Donut Shop in Greenpoint, N.Y. Water Grill, a seafood operation in Los Angeles, makes red velvet pudding with cocoa nib streusel plated with raspberry and mascarpone ice cream.

Red velvet cake ice cream is a flavor offered at Creole Creamery in New Orleans and at some Maggie Moo’s ice cream shops. And what about the inevitable red velvet chocolate truffles? Those, too, are made and sold at the Candy Basket stores in a dozen locations in Oregon.