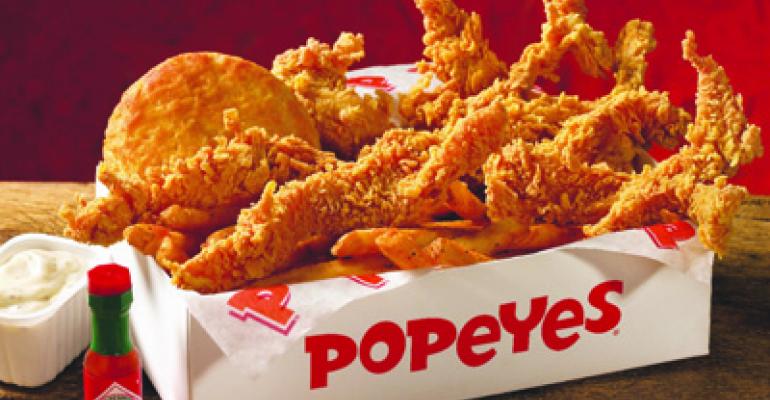 The spicy Wicked Chicken consists of marinated, breaded and fried chicken strips, thinly sliced and presented in curly, kinky shapes. From May 30 to June 26, Popeyes will serve the chicken with a biscuit, ranch dipping sauce and a mini-bottle of Tabasco sauce for $3.99, the same price as last year.

The Wicked Chicken is served by weight, rather than number of strips, and Popeyes said it sold 900,000 pounds of the item during a month-long promotion last year.

Popeyes’ parent company, Atlanta-based AFC Enterprises Inc., said it has seen solid results from limited-time offers like the Wicked Chicken. Company executives told investors Thursday that promotions in March helped perk up sales in the first quarter of 2011 after weather weighed down results earlier in the year.

In addition to the upcoming return of Wicked Chicken for the second consecutive year, Popeyes also is promoting a buy one, get one free promotion for its traditional bone-in chicken.

“[Menu innovation] has to meet real consumer needs to drive traffic. It has got to be relevant and it has got to build brand differentiation,” he said. “This is a great case where Wicked Chicken did all of those things.”

Popeyes’ same-store sales rose 0.4 percent in the quarter the Wicked Chicken was offered, which marked a sequential improvement over a 0.4-percent dip in the previous quarter, AFC said.