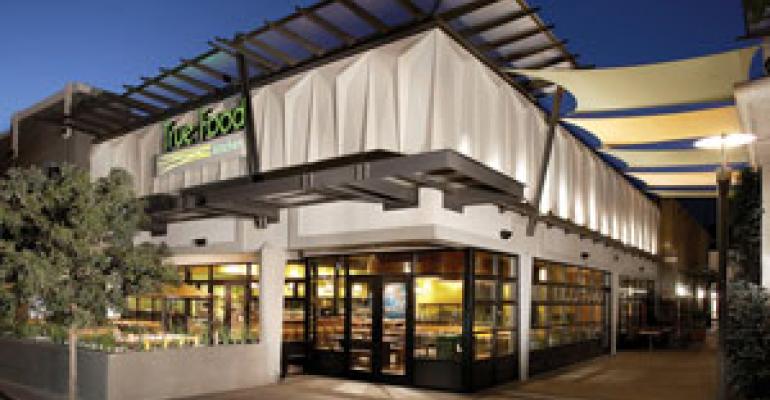 Terms of the deal were not disclosed, but P.F. Chang’s said the debt capital could be converted into a future majority equity position. Fox Restaurant Concepts president and chief executive Sam Fox partnered with wellness author Dr. Andrew Weil to open the restaurant in the Biltmore Fashion Park as a regionally sourced “global” eatery.

“We have admired the work of Sam Fox and his team for quite some time,” Bert Vivian, co-chief executive of P.F. Chang’s, said in a statement. “We are pleased to be able to provide capital for the growth of their newest creation.”

P.F. Chang’s said the transaction would not have a material impact on its financial condition or prospects for the foreseeable future. In 2005, P.F. Chang’s first ventured outside its China Bistro and Pei Wei Asian Diner concepts to open Taneko Japanese Tavern in Scottsdale. The concept failed to gain a profitable following and was closed after sale attempts were made in 2008.

Fox said last year at the opening of True Food Kitchen: “Dr. Weil and I have been friends for a long time. We have been exploring the idea of a creating a restaurant together for years. When the location at the Biltmore became available, we knew the time was right.” Weil wrote such books as “Healthy Aging” and founded in 1994 the University of Arizona’s Center for Integrative Medicine.

In creating the menu, executive chef Michael Stebner adapted many of Weil’s philosophies, incorporating grains, vegetables and proteins for the entrees, using sustainable or wild caught chicken, beef or fish, and using fresh ingredients sourced from nearby farmers when possible. The global cuisine is influenced by areas such as the Mediterranean, Asia and United States.

Fox said True Food Kitchen “is not a health food restaurant. But it does serve great-tasting food that also happens to be good for you.”

The menu offers a variety of appetizers, soups, salads, pizzas, sandwiches, pastas and entrees, which include green tea soba noodles with peas, bok choy and ginger for $11 and halibut with red quinoa, fava beans and herb emulsion for $22.

The 4,000-square-foot restaurant was designed by Judy Testani of the Testani Design Group in colors of lemon yellow and celery green, combined with both light and darker wood tones. The restaurant seats 130 inside and 90 outside.