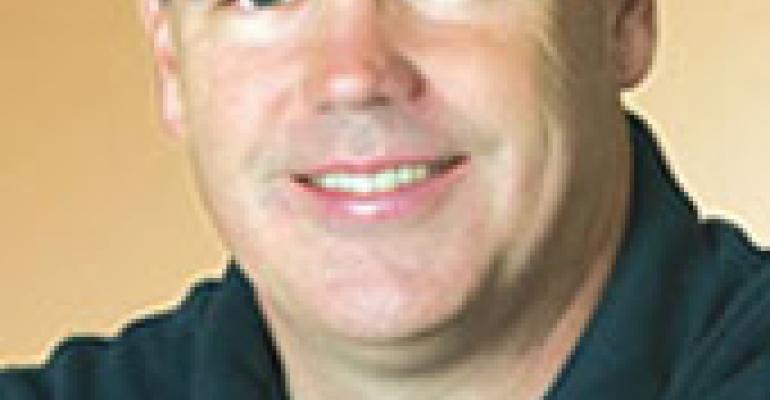 When Paul Clayton reached college age, his father made it clear how things were going to be. Clayton’s parents would pay for school, but he would be in and out of Boston University in four years. He could then visit them for a week in Germany, where his father worked for Goodyear Tires, before the son would be expected to head back to the United States, find a job and fend for himself.

Within 24 hours of reaching Germany for that visit, Clayton had landed his first job, working the late shift at McDonald’s as a manager in training there.

“I took my Dad seriously, and I think I’ve always had a pretty strong sense of responsibility,” says Clayton, who is chief executive of Emeryville, Calif.-based Jamba Juice, only the third company he’s worked for. “I ended up spending two and a half years there as a manager for one of the first big franchised companies.”

Clayton says this sense of responsibility, and the confidence he has gained over his career to welcome opportunity and meet challenges head-on, are among the tools he has employed to lead Jamba Juice since he took the company’s top post in early 2000.

Back then, Jamba Juice’s founder and chairman, Kirk Perron, and the board sought out Clayton to take the reins of the then-decade-old company. With 275 stores at the time, Perron wanted someone with the kind of experience that could take Jamba Juice to the next level and keep going.

When Jamba contacted him, Clayton was president of the North America division of Burger King Corp. He had started with that company some 16 years earlier in an entry-level marketing position and worked his way up.

Since Clayton came aboard, the Jamba Juice chain has more than doubled to 660 stores in 21 states and the District of Columbia, plus one store in the Bahamas. About 425 units are company-owned and the rest are franchised. The company also completed a merger in 2006 that made Jamba a public company, providing it with new resources to continue its fast-paced growth. Before the merger, Jamba had achieved a compound annual-growth rate of 20 percent per year over the prior three fiscal years.

Clayton calls the opportunity to lead an operation like Jamba Juice a dream.

“I always had aspirations of building a great brand,” Clayton said. “As far as Jamba Juice, I saw the potential of the brand and how customers were relating to the brand and what it was trying to accomplish.”

Clayton in some ways underestimated the challenges that came with Jamba Juice’s top job. Essentially, he says he thought it would be largely a matter of continuing to build new stores and maintaining the company’s culture, brand and image.

Then, the “rest would take care of itself,” he says.

What he found, instead, was a volatile business that went up when the weather was hot and down when the weather cooled. To address this, he helped evolve Jamba Juice beyond its juice and smoothie bar roots into a place whose products would lure Americans every day, regardless of the temperature outside.

For instance, Jamba announced in September the test marketing of a line of breakfast smoothies and other morning products.

Clayton says Jamba has a wealth of products in development, and it is a challenge to prioritize them. For example, there’s a ready-to-drink version of Jamba Juice. Officials also are questioning whether to expand the brand’s presence into airports and college campuses and build kiosks inside other stores. They are also exploring new markets, including locations overseas.

“I would find myself allowing too many projects to kind of creep into the organization in the hopes that we were moving at the right pace and that the objectives were being fully executed,” Clayton says of earlier days leading the company. “We have only so many resources, and it’s my job at the end of the day to create clarity and focus.”

Overall, Clayton intends to keep the company growing over the coming years by about 20 percent to 30 percent a year in terms of units while growing the average unit volumes another 3 percent to 7 percent over the long haul.

“I’ve worked for other leaders who are not as decisive as he is,” says Coletta, who previously worked for such companies as The Walt Disney Co. and MTV. “We talk a lot about pursuing a few bigger objectives that will really move the needle, and he knocks down the barriers to allow us to have success in that metric.”

One of the bigger events in recent Jamba history was its 2006 merger with Charlotte, N.C.-based Services Acquisition Corp. International, or SVI, which was a so-called “blank check” company created solely to merge with another company. In part, what the merger boiled down to for Jamba Juice, Clayton says, is that with more money available, “we have the resources to survive a few weeks or months of bad weather in a particular part of the country and keep moving ahead.”

Steve Berrard, the chairman of Jamba Juice, was chair of SVI before the merger. He says Clayton’s accomplishments lie in being focused, easily sharing credit for successes with others and having a passion for the company’s mission.

“Passion” is the word that Don Dempsey used in describing why he hired Clayton right out of business school. At the time, Dempsey was the executive vice president of marketing for Burger King, and he was interviewing a string of applicants for entry-level marketing positions.

“I think I hired him on the spot,” Dempsey says. “You want to hire someone who is bright and hard-working, but the thing that stands out for me with Paul and most people I think are special is what I call passion.”

Clayton had received his MBA after those first two and a half years at McDonald’s in Germany. While in business school, he had become impressed with Burger King and the way it strove to set itself apart from the competition through such campaigns as “The Whopper Beat the Big Mac,” flame-broiling versus frying and “Have it Your Way.”

He contacted Burger King’s headquarters in Miami, got hired there in 1984 and found he was offered a promotion about every two years. With each offer, to such positions as field marketing director and then regional vice president, Clayton accepted without hesitation and worked hard to tackle the learning curve.

“Honestly, I didn’t know much about what I was supposed to do in some cases,” he says, “and if I hadn’t had great supervisors who taught me and showed me the ropes, I’m not sure I would have survived that.”

Only once, he admits, did he hesitate when offered a Burger King promotion. He says he didn’t jump at the position of vice president of U.S. marketing because he had noticed that those who held the post seemed to be replaced after only a couple of years.

He told his wife, Alicia, that he liked his current job of regional vice president and didn’t exactly want to go into a “revolving door” position. She told him he would eventually regret not taking the offer and its challenges. He accepted, and within a year he was made head of worldwide marketing.