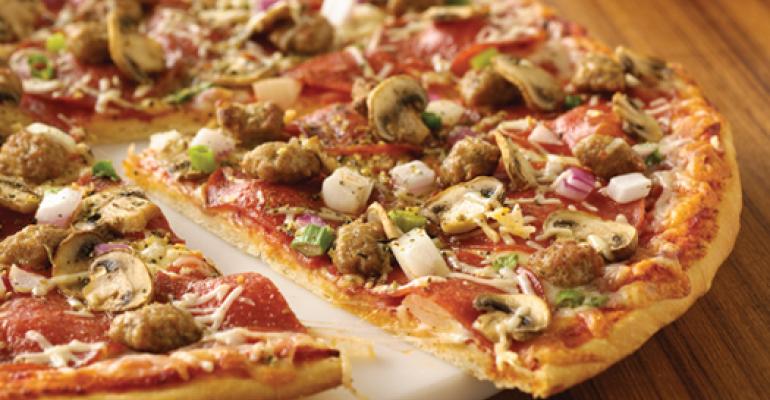 Take-and-bake specialist Papa Murphy’s is aggressively taking on delivery-focused competitors with a $35 million media campaign that will attempt to solidify the brand’s core message of offering a high-quality, customizable pizza at a lower price.

The campaign, which launches Monday and will include TV commercials, radio, online, print, social media and in-store components, is the first major advertising push since the Vancouver, Wash.-based pizza chain was acquired by private-equity firm Lee Equity Partners a year ago.

Developed by Minneapolis-based ad agency Periscope, the campaign will urge customers to “Join the Take ‘n Bake Revolution.” The themes will focus on the low prices of the fully customizable pizzas that customers can serve fresh from the oven at home.

In some markets, however, the campaign will include promotion of a $5 pepperoni pizza to drive trial, Anhorn said.

“We’re all trying to steal share and everyone’s being very aggressive with value,” she said. “We want to be perceived as the best value for pizza.”

Anhorn said the pizza segment has been challenging with aggressive discounting and rising commodity costs, but Papa Murphy’s relatively simple operating model allows the chain to pass on savings to customers with lower pricing. Papa Murphy’s locations have no dine-in service, so they don’t need ovens. Pizzas are assembled to order and customers take them home to bake at their convenience.

The launch Monday also will coincide with the announcement of new menu promotions in the pipeline:

-- The Combo Magnifico pizza features a New York-style “not-too-thin, not-too-thick” crust, large sliced pepperoni, sausage, mushroom, onions, mozzarella and parmesan cheeses and herbs. The limited-time offer is priced at a recommended $8 to $9 for a large and is expected to be in 850 stores in April.

-- In June, a new Thai Chicken deLite pizza, featuring sweet and spicy Thai flavors on a thin crust, will roll out as a limited-time offer priced around $9 for a large.

-- In the fall, the chain will bring back a popular limited-time offer called Bacon, Bacon, Bacon, a pizza that includes Canadian, peppered and crisp bacon. It is priced between $9 and $10 for a large.

-- A dessert “s’mores” pizza, featuring marshmallows and chocolate, debuted in February as a permanent menu item for a recommended $3.

The mostly franchised Papa Murphy’s operates in 37 states and two Canadian provinces, and the campaign will include spot media buying in select markets, which is projected to amount to more than $35 million.