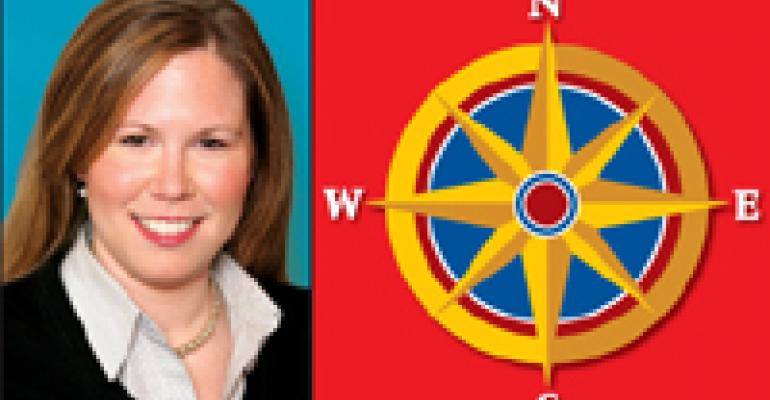 Arecent trip to the 47th annual New York Antiquarian Book Fair with my bibliophile father showed me just how little things in the industry have changed over the years and how connected we are to the tavern owners, kitchen apprentices and royal chefs of the past.

After examining a $1.3 million tome by Copernicus, letters from Abraham Lincoln and even high-priced first editions of Harry Potter, I found myself at the booth of Ben Kinmont, a California bookseller who specializes in antique books on cookery and wine.

As I gently examined the stiff pages and fragile bindings, I saw some very familiar patterns begin to emerge.

Regulatory bodies introduce strict new rules: In this case, it wasn’t a state health inspector or the trans fat-averse New York Department of Health and Mental Hygiene. It was Louis XIV of France. One book, on sale at the show for nearly $5,000, details the ordinances handed down in 1680 by the king’s court concerning the sale and use of salt and the rights to the sale of wine and tobacco.

Customers are demanding: Long before blogs and message boards, young culinarians sought other outlets for their frustration. In a 188-line poem, with a title loosely translated to “The misery of the baker’s boy,” an apprentice in Paris in 1715 details the troubles of the trade and his difficulty dealing with customers.

Similarly, diners’ desire for convenience is hardly new. One document, from the late 1700s and priced at more than $1,000, is believed to be one of the first takeout menus. It lists 152 dishes that could be delivered warm to any location in Paris.

Chefs aim to heighten dining experiences: News reports emerged recently that cutting-edge British chef Heston Blumenthal was encouraging diners to listen to sounds of the sea on MP3 players while eating a seafood dish in order to accentuate the flavors. But he is hardly the first to capitalize on the connection. I saw one 18th century cookbook that matched each recipe with a popular song of the day that is supposed to be played during preparation. Arrangements for each song are included in the well-worn volume.

People are looking for the next magic bullet: According to the bookseller’s catalog, one 1755 volume includes an “analysis of vegetable and meat foodstuffs and dietary rules and recommendations for various ailments.” In the same way we praise the latest fad diet or cancer-busting compound today, books featured at the show date back to 1491 and explore the use of wine, milk and spices to soothe medical conditions and promote general health.

Each book made it clear to me that today’s restaurant operators are part of a centuries-old fraternity of foodservice. Though that knowledge doesn’t make day-to-day business any less challenging, we can all take heart that we’re not the first to navigate the perils of the industry, and that some day, some food lover may carefully hold this cracked, yellowed issue of Nation’s Restaurant News in his hands and understand exactly where we were coming from.