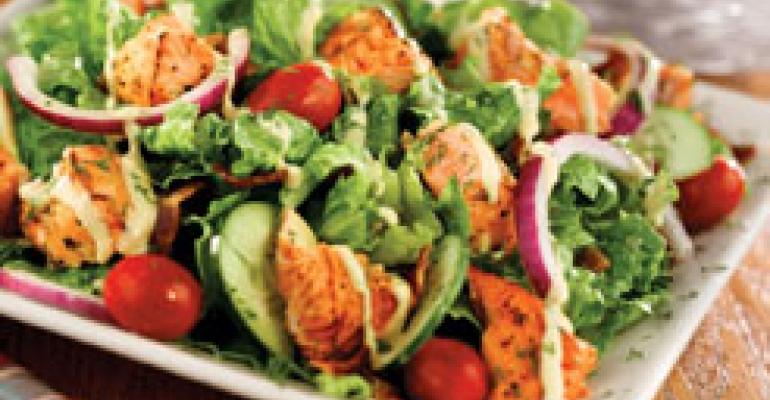 O’Charley’s said that six of the items are entrées that represent “adventuresome takes on traditional dishes.” The fifth is an appetizer of onion rings, and the other is a dessert of warm cinnamon sugar doughnuts.