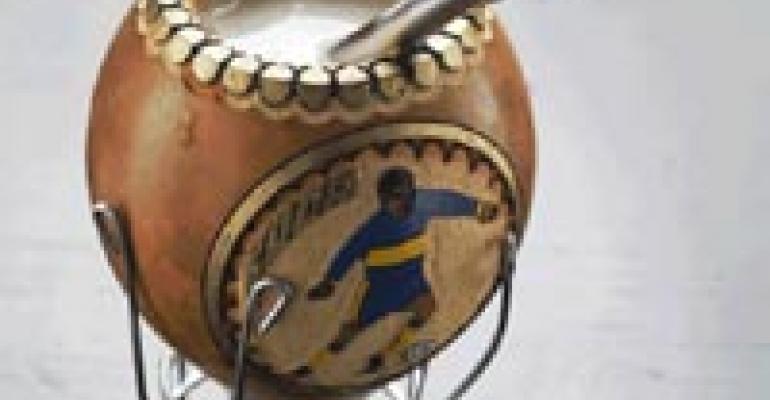 Pisco, the Peruvian grape brandy, also makes an appearance on the cocktail menu in such cocktails as the classic Pisco Sour and the Pisco Guava. The Boludo "Yerba Mate" ($12) is made with pisco, infused with yerba mate, a tea-like beverage. The pisco mixture is shaken with grapefruit, lime cordial and fresh lemon juice. The cocktail is served in a traditional hollowed gourd with a metal straw that are used for drinking mate.