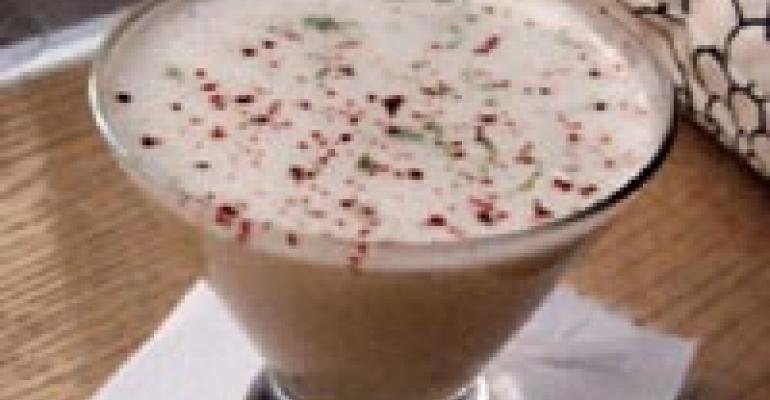 Pichet Ong frequently changes the cocktail menu at his restaurant P*ONG, but the Bangkok Margarita has been on the cocktail menu since the place opened. Resposado tequila, ginger liqueur, pineapple and a ginger syrup created with fresh ginger agave nectar and lime juice are shaken then topped with sea salt, fresh lime zest and Aleppo pepper.

Pichet says that the Bangkok Margarita contains the four points of cooking that he likes to apply to cocktails as well as food: salty, sweet, sour and bitter. Pichet noted that spicy also makes an appearance now and then, when it works. He said not all cocktails will have spice, but as a general rule, tropical fruits work better with spicy flavors.

"The salt makes you salivate, and the spice makes you want more liquid," Pichet said, adding that the mouth then is more receptive to the cool temperature of the liquid as well as its pineapple flavor.