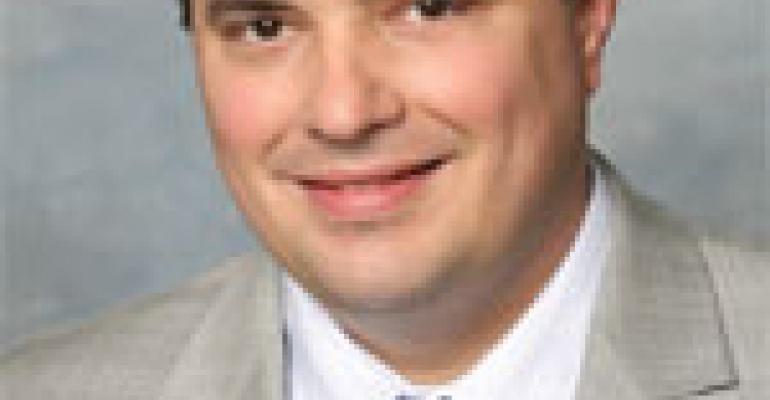 Indulgence never goes out of style, and despite constant reports of macroeconomic pressures causing consumers to be more conservative with their dining dollars, some restaurateurs who deal in decadent dining experiences find that nothing succeeds like excess.

“People might say that’s way too expensive for a bagel,” says executive chef Frank Tujague, who devised the item as a fundraiser for charity. “But if you like white truffles, you’re used to paying more for them.”

Tujague’s bagel is in good company, especially in New York. That city is also home to a $1,000 pizza topped with lobster and six kinds of caviar at Nino’s Bellissima Pizza and a $1,000 “Golden Opulence” ice cream sundae at Serendipity 3, whose representatives say they manage to sell about one a month.

Of all the over-the-top food available, Tujague’s bagel is the only item that benefits charity, he claims.

“The only way I’d spend $1,000 on a bagel is if I knew someone was benefiting from it, other than the people making it,” he says. One hundred percent of the net proceeds from sales of the bagel—approximately $500 per order, Tujague says—benefit the Les Amis d’Escoffier Scholarship Fund, which helps educate culinary arts students. As of mid-January, no $1,000 bagels had been purchased this year, but the hotel donated $1,000 to the scholarship fund anyway. Tujague says he hopes to renew the promotion when truffle season comes around next fall.

Many of the headline-grabbing dining indulgences, including Tujague’s bagel and Serendipity’s sundae, require guests to order them at least 24 hours before their intended splurge.

“We have an advance-ordering policy, so we could have [the white truffles] shipped in,” Tujague says.

Not having to keep expensive, perishable ingredients in the kitchen allows operators to avoid risk when advertising wallet-busting luxuries.

“It doesn’t hurt to offer something,” says Darren Tristano of Technomic Inc., a restaurant consulting firm based in Chicago. “It creates buzz marketing, and if you do sell one, that’s great.”

Tristano says hyper-indulgent, over-the-top menu items give customers something to order outside of their normal dishes, and—even if the items do not sell—offering them can be a good gimmick to stir up attention.

“I remember a menu I saw five years ago at a little diner in Wisconsin,” Tristano says. “It had an $8,000 hamburger on it. If you ordered it you got a hamburger made however you wanted it, and with it you got the 1985 Trans Am that was for sale by the diner’s owner.”

High-priced items can get a restaurant’s name in the papers and attract some curious new customers, but luxurious dining experiences do not have to generate marketing buzz to be profitable. All people want to spoil themselves sometimes, says Jean Joho, chef-proprietor of Everest in Chicago and of the Eiffel Tower restaurant in the Paris Hotel in Las Vegas.

“It’s about luxury and feeling special,” Joho says. “They want that elegance.”

More traditional luxuries are delicacies that are scarce and hard to come by or difficult to produce.

“When you talk about indulgent dining,” Joho says, “there are the big three: caviar, truffles and Champagne.”

Expensive treats like Champagne and caviar tend to be somewhat insulated against macroeconomic pressures, Technomic’s Tristano says, because they are marketed to a more affluent consumer base that is less susceptible to economic downturns. Also, customers are willing to spend more for delicacies when they want to celebrate special occasions.

“When you want to impress someone, you serve caviar and Champagne,” Jean Joho says. “It’s about luxury and elegance, and Champagne makes things special—you don’t make a toast with a glass of water.”

Joho says the most indulgent request he has seen was from a man who called Everest to order a 2.2-pound tin of caviar and a bottle of Champagne for two people.

“He knew it was impossible for two people to eat that much caviar,” Joho says, but the customer was with someone he wanted to impress, so he arranged for the most impressive meal he could think of: a bottle of Champagne and more caviar than a person could possibly eat.

“Caviar and champagne will always impress people,” Joho says. “Even if they don’t really like caviar, they know it is impressive.”

Dining extravagance is not necessarily limited to fine dining. The menu of the 435-unit Hooters chain, based in Atlanta, features a “gourmet chicken wing dinner” of 20 chicken wings and a bottle of Champagne. “[Hooters] probably sells a lot of them,” Tristano says. “It doesn’t cost a lot to stock Champagne, but at the end of the day you’re probably going to get someone who has had a few and will say, ‘Give me a bottle of Dom; here’s my credit card.’ Maybe they had a good day, or want to have a good day, so they’re going to order something that is out of the ordinary.”

Special occasions call for special meals, and guests who are celebrating something tend to come to a restaurant ready to splurge.

“When people are celebrating, they order differently,” says François Payard, pastry chef and owner of Payard Patisserie and Bistro in New York. “They don’t care about being conservative then. They just want to experience something special.

“For New Year’s Eve we did foie gras and caviar. People come for that experience.”

The idea of eating something out of the ordinary feels luxurious, Joho says. Everyday things don’t feel as special, and when a food item becomes popular or ubiquitous, it can reduce the feeling of exclusivity and luxury associated with it.

“Foie gras is less of an indulgence now because it’s on menus all over,” Joho says. “It used to be only for special occasions, but now you can have it whenever you go out.”

Indulgent dining can be a seasonal trend, Payard reports. After New Year’s Eve customers order more conservatively because they are worried about keeping their New Year’s resolutions. But that does not usually last very long, he says, and the guests usually return to eating as they did before within a week or so. In June, however, guests stick to their diets as bathing suit season approaches, and Payard sees customers ordering more salads, skipping dessert and asking for sauce on the side.

Of course, everyone wants to indulge every once in a while, and treating oneself does not have to be expensive. For some people, indulgence means eating a whole container of ice cream, Joho says.

“You’re not supposed to do that, but sometimes you want the feeling of spoiling yourself,” Joho says. “It’s not financially luxurious, but it is still indulgence.”

There will always be a reason to spoil oneself, whatever one’s extravagance may be.

“You’re either celebrating or you just want to indulge yourself,” Tristano says. “Maybe you got a bonus or had a good day. Or maybe you’re with somebody special. I can think of hundreds of reasons to drink Champagne!”