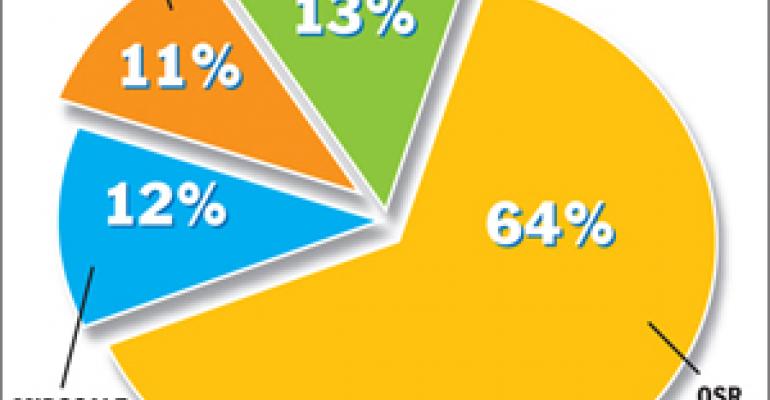 Restaurateurs beware: Retailers are aiming to take a bigger bite out of your business as consumers increasingly turn to them for prepared meals and snacks at reasonable prices.

“Foodservice establishments other than restaurants are capitalizing on consumers’ interest in and need for convenience,” said NPD analyst Bonnie Riggs. “As a result, operators are faced with growing competition from convenience stores, supermarkets, discount stores and price clubs.”

While the demand for prepared foods began increasing with the growing number of women in the workforce, working women aren’t the only ones looking to save time and money by purchasing prepared foods, according to NPD.

No matter who they are, consumers who seek prepared meals and snacks tend to visit retail outlets most often during the workweek. According to NPD, nearly 70 percent of visits occur between Monday breakfast and Friday lunch.

Breakfast is a big deal at both quick-service restaurants and retail. From 2002 to 2007, morning meal traffic increased 23 percent at quick-service restaurants and 14 percent at retail outlets. In the last year, convenience stores captured the largest share of morning meal traffic for retailers, or 61 percent, a 4-percent gain from the year earlier. During the same period, supermarkets realized a 5-percent increase, and discount stores and price clubs both registered gains of 9 percent.

The most popular food or beverage item at all retail outlets is carbonated soft drinks. The second most popular item at convenience stores, supermarkets and discount stores is salty snacks, while at price clubs it’s pizza. Other popular items include candy and candy bars, doughnuts or sweet rolls, and regular coffee at convenience stores; juice, cereal or energy bars, and regular coffee at supermarkets and discount stores; and salty snacks, hot dogs, and cereal or energy bars at price clubs.

While retail as a whole is growing, it’s convenience stores and supermarkets that pose the biggest competitive threat to restaurants, Riggs said.

“[I’m] not sure [restaurant] operators realize how big this market is,” she said. “It’s a big competitive threat, and it could become even greater.”

Convenience stores have traditionally presented strong breakfast and snack competition, but as retailers grow their prepared- food offerings, they will become a bigger threat to restaurateurs, Riggs said, noting that major chains such as Dallasbased 7-Eleven have said they are expanding their preparedfood offerings to meet consumer needs.

Supermarkets nationwide continue to upgrade and expand their prepared-food offerings as well. Also, according to NPD, many consumers have indicated that supermarkets satisfy their need for fresh, nutritional food at reasonable prices better than quick-service outlets.

Among the growing number of supermarkets seeking to fill consumers’ prepared-food needs is Long Island City, N.Y.-based Fresh Direct, an online, deliveryonly grocer. Fresh Direct offers a variety of prepared-meal options for hungry New York-area residents. The company has been offering fully cooked, heat-andeat foods like lasagna, soups and stews since its inception in 2002. Since then, it has rolled out ready-to-eat and heat-and-eat meal options to serve timestrapped consumers who say they would like to cook, but need some help.

Among Fresh Direct’s newest options is Fresh Dining meals, raw or partially cooked dishes created by notable New York chefs or restaurants that cook in the microwave in just four minutes and cost anywhere from about $7.49 to $16.99.

“I consider our [prepared] food, certainly [Fresh Dining meals], a great substitute for a meal that you’d order out for two or three times as much,” said David McInerney, Fresh Direct’s senior vice president of merchandising.

Prepared foods are a substantial part of Fresh Direct’s business and have grown significantly faster than any other department, McInerney said. The company plans to build on that success, launching two new prepared food lines by the end of the year, he said.

In April, Lakeland, Fla.-based Publix launched an effort to further expand its prepared-foods business by unveiling a pilot 4,500-square-foot prepared-foods section at its newest store in Lake Mary Collection, Fla., just north of Orlando. The new department will feature stations such as The Grill, The Carvery and Mediterranean Oven, and offer more than 80 items averaging in price from $7.99 to $11.

“We’ve been in the preparedfoods business for a number of years,” said Publix manager of media and community relations Dwaine Stevens. “Because we constantly listen to our customers and industry trends, we respond to customer demands by continuing to grow this category.”

“Supermarkets can and/or will become a real competitive threat once they figure out how to make the experience even more convenient,” she said. “If these establishments added a drive-thru and menu board, look out!”