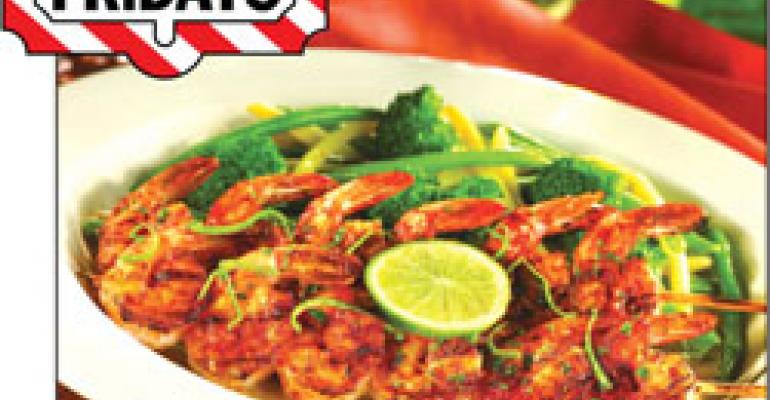 If there were an election for the most effective strategy to lure customers into restaurants during these tough times, value offerings and deals would win, forks down.

Despite a bleak forecast, total industry traffic is up 1 percent for the second quarter of the year, driven entirely by deals, according to new data from The NPD Group.

“It’s not like it’s great, but it’s not negative,” said Michele Schmal, an analyst for the Port Washington, N.Y.-based market research firm. “It does seem that [it’s] operators’ response to a weak situation that’s making [the traffic increase] happen.”

According to the data, in the quarter ended in June, industry traffic increased 1 percent over the same year-earlier period. Deal visits were responsible for all of that growth, NPD found. In the quarter ended in June, 23 percent of all visits to restaurants were prompted by consumer-perceived deals, up 7 percent from the same year-ago quarter. In contrast, 77 percent of visits to restaurants did not involve a consumer-perceived deal, a 1-percent decline from the same quarter a year ago.

“That 1-percent gain for the industry is totally related to deals,” Schmal said. “It made up for the loss of full-price visits.”

The government stimulus checks, which were issued beginning in late May, also could have contributed slightly to the traffic growth in June, as they gave consumers a bit more disposable income to spend, Schmal said.

“It’s pervasive across the industry,” Schmal said. “Consumers are responding to deals wherever they are available.”

“We did see every [type of] deal go up except for combo meals,” Schmal said. “That does give some concern to QSR operators because if they are not increasing combo meals, they may be losing ground on high-margin products.”

Though consumers have come to expect value offers from quick-service restaurants and have been taking advantage of them more, they have also reported using more deals at midscale and casual-dining operations this spring, NPD found. The use of discounted-price and coupon deals increased at midscale restaurants, while the use of combo meals grew at casual-dining ones. The increase in combo meals was particularly evident at casual-dining bar-and-grill concepts, where consumers took advantage of the growing number of bundled meal deals offered at lunchtime.

Deal usage increased at all meal times, but was most pronounced at lunch, giving that daypart a much-needed boost and making it one of the strongest-growing dayparts this quarter, NPD found. In the June-ended quarter, lunch traffic was up 2 percent, on top of a 1-percent increase in the quarter ended in March.

This spring the average deal check industrywide was $5.58, just over a dollar less than the average nondeal check. However, the increase in deal checks versus nondeal checks in the casual-dining sector was considerably higher: 13 percent, versus 1 percent. That statistic might reflect one way casual-dining operators were able to give consumers a deal and manage their margins, Schmal noted.

Carrollton, Texas-based T.G.I. Friday’s is one casual-dining chain that seems to have struck that balance. Launched a little over a year ago, Friday’s “Right Portion, Right Price” menu, which features a range of entrées priced between $5.99 and $9.99, has increased visits, boosted guest checks and attracted new guests to the concept, according to the company. The initiative has been so popular that select entrées have been added to the permanent menu at the chain’s more than 600 U.S. units.

“The industry thought we were nuts when we announced smaller portions at lower prices,” said Richard Snead, president and chief executive of Carlson Restaurants Worldwide, parent of T.G.I. Friday’s. “They said it wouldn’t work. We decided to do what we do best: listen to consumers and give our guests what they asked for: smaller portions, better value.”

The success of promotions like Friday’s has prompted many other casual-dining chains to roll out their own meal deals in the hopes of reaping similar benefits. Among them is the BJ’s Restaurant and Brewhouse chain, which recently launched a permanent lunch menu featuring 10 items priced at $10.95, including sliders with French fries, a mini one-topping pizza and a salad, and fish or shrimp tacos. Matt Hood, chief marketing officer at BJ’s parent company, BJ’s Restaurant Inc. in Huntington Beach, Calif., recently told Nation’s Restaurant News that the chain spent a substantial amount of time engineering and testing the right mix of food items that could generate enough traffic and make a profit to justify the reduced check average.

While discounting and other deals may be helping traffic and sales at some restaurants now, some observers caution that they should be used judiciously.

“I don’t love what this does for these brands,” said Aaron Noveshen, founder and president of The Culinary Edge, a San Francisco-based consulting firm. “The short-term effects might be positive, but the long-term effects could be bad.”

While he acknowledges the need to do something to bring customers in the door despite the slowed economy, Noveshen doesn’t advise operators to rush and roll out promotions based on cost appeal. That said, he doesn’t think that all deals are bad.

“I think loyalty programs are great,” he said. “They are better for a brand. It’s driving the frequency, but they have to tailor it to their brand.”

From Qdoba Mexican Grill to Starbucks, many concepts have had loyalty programs for some time. Among the most recent major chains to promise customer rewards in exchange for faithfulness is Friday’s. In July the casual-dining chain launched its “Give Me More Stripes” customer recognition program, which offers benefits such as a free appetizer or dessert upon sign-up, an $8 certificate for every $100 spent, and inside knowledge about specials and food and beverage previews.

Even as some industry members caution about the use of deals, others note that the tough economy leaves few other options. It’s not about whether to deal or not, but finding a way to do the right deal, Schmal said.

“We are not out of the woods yet…so operators need to continue in this vain of dealing and value,” she said. “Engineering promotions to provide attractive offers to consumers, possibly with new offerings, while helping to maintain margins will be key in the upcoming months.”