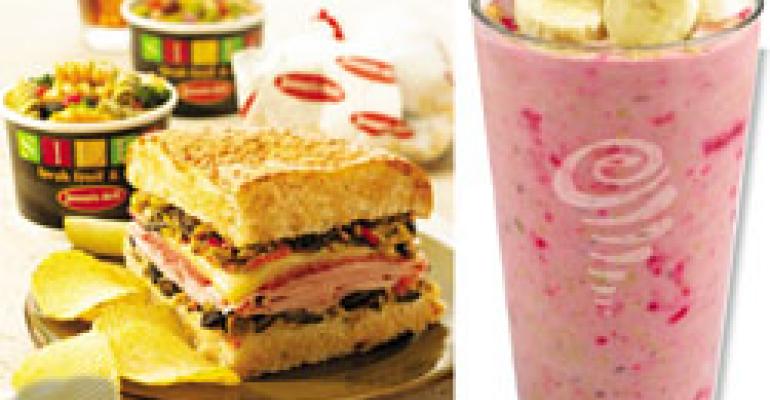 Visitors to the Jason’s Deli website have made their opinion on high-fructose corn syrup clear: Most say they would rather have cane sugar in their foods.

The 218-unit sandwich chain first posted the survey two years ago, when it began removing HFCS, a refined corn sweetener, from the chain’s breads, condiments, crackers and many sauces. As of late April, 71 percent of 17,500 respondents said they would prefer eliminating HFCS from foods they eat.

The controversy surrounding HFCS is not as clear, however. Conflicting messages from both supporters and opponents leave restaurant operators with no definitive path to pursue.

Commonly used in place of sugar in many foods and beverages, HFCS has been under attack by some for contributing to obesity, insulin resistance and heart disease. Some studies, which are hotly contested by the Corn Refiners Association, have linked fructose-sweetened beverages to higher levels of LDL, or “bad” cholesterol, and to liver scarring.

A bill to ban the sale of food containing HFCS was introduced in April in the New York State Assembly. Sponsored by Assemblywoman Barbara Clark, the measure would prohibit the sale, storage, distribution or use of food products made with HFCS in retail stores and restaurants and foodservice establishments. The bill claims HFCS has been linked to liver scarring and liver damage, according to research by Duke University.

The Washington, D.C.-based Corn Refiners Association refutes such findings on its website and has also created its “Sweet Surprise” campaign to defend HFCS. The commercials feature actors who start to criticize HFCS, but are left speechless when they are unable to say what is wrong with the corn sweetener. The spots note that HFCS and cane sugar share the same number of calories and nutritional profile and are fine to consume in moderation.

“There is a misconception that somehow people will be healthier and skinnier if they choose one sugar over another, and nothing could be further from the truth,” said Audrae Erickson, president of CRA.

The American Medical Association has maintained that HFCS has the same caloric content as sugar and, once absorbed in the bloodstream, the sweeteners are indistinguishable.

However, consuming too much of either sugar contributes to obesity, according the AMA.

Restaurant operators say their decisions regarding HFCS are centered more on taste and consumer desires than scientific evidence.

“Our co-owners, Joe Tortorice and Rusty Coco, come from a big Sicilian family and always stress that food in its natural state tastes the best, and our customers agree,” said Daniel Helfman, a spokesman for Jason’s Deli, which is based in Beaumont, Texas.

Jason’s Deli was among the first restaurant companies to voluntarily begin removing HFCS from its foods in 2008. The next year, several other operators announced they were doing it, too, including Seattle-based Starbucks and Jamba Juice of Emeryville, Calif. Mexican fast-food chain Taco Bell also introduced a line of drinks, Fruista Freeze, marketed as “sweetened with sucrose,” as opposed to HFCS.

Which Wich, a 110-unit, Dallas-based sandwich chain founded by Jeff Sinelli, started examining its menu last year and opted to go with suppliers who could offer alternatives to HFCS. Also in 2009, Sinelli launched a new Latino hamburger chain, Burguesa Burger, with an HFCS-free menu and sodas made with cane sugar. There are now four Burguesa Burger franchised units in the Dallas metro area.

“We felt it tasted better,” Sinelli said. “Pure cane sugar has a better taste. But it is so subtle, you have to be in tune to your palate to notice.”

For Jamba Juice, removing HFCS from two menu items—a baked good it no longer carries and the flavoring in a sherbet product—was in line with the 740-unit chain’s philosophy, said Susan Shields, chief marketing officer.

“We are a healthy, active lifestyle brand with products that are great tasting, better for you and made with high-quality ingredients—no artificial preservatives, no artificial flavors,” Shields said. “As such, the removal of HFCS was just a part of our overall brand standards.”