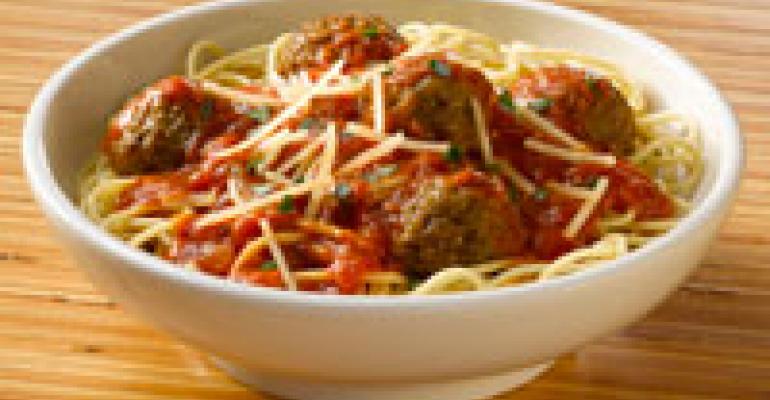 BROOMFIELD Colo. Noodles & Company, a 200-unit fast-casual chain, said it was adding spaghetti and meatballs to its lineup of Asian, Mediterranean and American dishes. It’s the chain's first permanent menu addition since 2004.

The new dish, which debuted Wednesday in the chain's Colorado stores, includes five meatballs served over a bed of spaghetti with a crushed tomato marinara sauce. It's garnished with Parmesan cheese and can be ordered spicy. The meatballs are blend of pork, beef, Italian herbs, Parmesan and garlic.

Noodles & Company said the meatballs also can be added to any of its 18 menu items, such as Wisconsin Mac & Cheese, Penne Rosa or Mushroom Stroganoff.

Asmall order of Spaghetti & Meatballs is priced at $5.25 and a regular is $7.25. The company said it would roll out the dish to its other stores by the spring of 2009. Noodles & Company operates in 18 states.