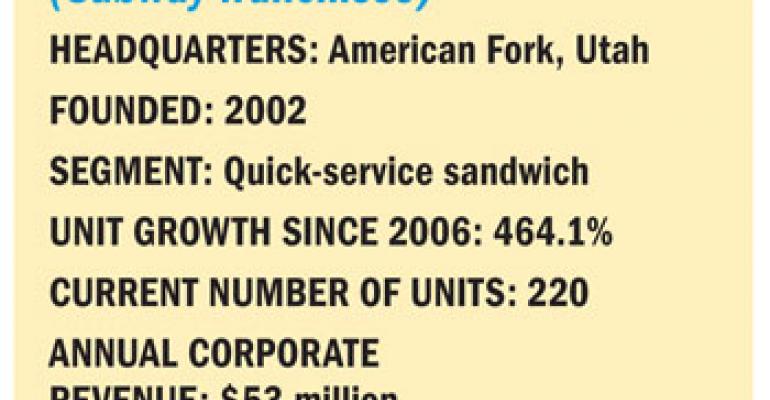 The Subway brand itself has been one of the more successful restaurant growth chains for some time, especially as it focused on healthful offerings just as consumers began to delve into diets and calorie control. Most recently, Subway hit another high note with consumers when it became one of the first chains to latch on to the $5 price point, which has since become ubiquitous.

In 2001, Subway overtook restaurant giant McDonald’s as the largest U.S. restaurant chain, based on domestic unit counts, and the two remain neck-and-neck in terms of total worldwide units.

Special offer: For readers of Nation's Restaurant News, Chain Store Guide would like to offer a $200 discount off of any chain restaurant database through June 1, 2010. Access Chain Store Guide's in-depth profiles of the top 7,100 restaurant chains with more than 31,000 contact names and 12,000 personal e-mail addresses for the top executives, chefs and decision makers in the restaurant industry. To take advantage of this special offer, visit Chain Store Guide and use the promotion code 200NRN at checkout.