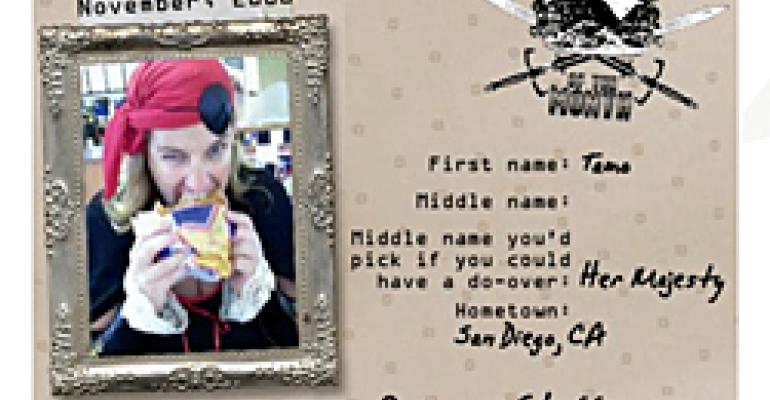 Smaller-form-factor computing and storage devices, flat-panel and touchscreen displays, broadband data networks, and wireless connectivity all rank among the industry's next-generation technology touchstones. Many are additive, taking nothing away from their predecessors.

However, in many cases, newer-combination technologies - such as customer-activated order kiosks and Web-enabled, multimedia-capable cell phones - are grabbing operator share of mind. And the ever-increasing influence of the Internet on business infrastructure, marketing and order aggregation is not likely to diminish any time soon.

Offering some insight as to why technology is important to the guest experience in the 21st century, Legal Sea Foods vice president of information technology Ken Chaisson says, "For the average 25- to 35-year-old, technology has become a lifestyle."

In addition to operating the Legal Sea Foods restaurant chain, Chaisson's Boston-based company owns the technology-adorned LTK Bar & Kitchen, which features handheld POS terminals, wireless Internet access for guests and tableside iPod docking stations. "This generation lives with a cell phone in its ear and lives to have the means to communicate with the world every second of the day," he says.

Proponents of customer self-service kiosks say they have the potential to change the foodservice landscape by giving the guest more control over the dining experience while increasing upselling opportunities and labor efficiency on the operator side.

Marina O'Rourke of Subway's parent company, Doctor's Associates in Milford, Conn., says some enthusiastic franchisees of the chain are "shouting from the rooftops" about the potential to transform their businesses using self-service kiosks in drive-thru lanes. Among such advocates are Nick and Maria D'Angelo, multiunit franchisees in Mentor, Ohio, who report substantially higher sales at a relocated Subway that sports a drive-thru with a patron-activated, touch-screen order kiosk.

"The future is freestanding buildings with drive-thrus," Nick D'Angelo told a local newspaper. "The public demands it."

As for whether drive-thru kiosk users order more food and beverages than their counterparts using conventional two-way-speaker systems, Subway director of operations Joe Chavez says, "We have received feedback that the average transaction is higher, but we have not collected any specific data on this yet."

If customer self-service order entry ultimately proves as beneficial to Subway drive-thru business as initial installations suggest it might, the technology could change the chain's complexion substantially. At a time when half or more of the total sales at many conventional fast-food chains come through the drive-thru, just 5 percent of Subway's restaurants in 12 countries offer such service.

Popeyes Chicken & Biscuits of Atlanta is one of several chains exploring indoor-kiosk use. It included one of the devices in a new concept restaurant, Popeyes Louisiana Kitchen, in Norcross, Ga.

Some newer technologies have garnered a great deal of attention in recent years. Among them are centralized order-processing centers linked to the drive-thru lanes of multiple restaurants using voice-over data network technology. Executives of 14-unit Wendy's franchisee 256 Operating Associates of Nashua, N.H., say the upselling skill of call center employees contributed to an average 12-percent hike in sales at units using the technology.

Similarly more visible are the above-store reporting systems that aggregate and analyze sales and operational data from multiple units to help spot potential marketing, food quality and service problems. Wendy's International Inc. of Dublin, Ohio, is using such technology, as is Family EATS, a 28-unit, Houston-based Taco Bell and Pizza Hut franchisee that credits above-store reporting for a 3-percent decrease in cost of sales.

Beyond the benefit of having an easy-to-operate, handheld device loaded with video training clips that can be used at stations throughout a restaurant, the iPod's coolness factor is a bonus, Crosby says. "In our market, buzz from our employees is sending out the message that Pal's is the cool technology-savvy place to work," he says.

The convergence of rising customer demand for convenience, growth in consumer participation in viral marketing and skyrocketing cellular service subscriber numbers is not lost on some restaurateurs.

CTIA The Wireless Association trade group reports there were 219 million wireless service subscribers in the United States as of June 2006, up 25 million users from the year before. According to CTIA, domestic users sent 12.5 billion text messages for the 12 months ended last June, up from 7.3 billion for that same period in 2005.

Along with swelling user ranks, foodservice chains are leveraging the growing functionality of cellular phones, many of which now have text-messaging, Internet, digital-photo and multimedia capabilities.

Most restaurant chain tie-ins to cell phone users, to date, have involved promotions, such as viral marketing text-messaging campaigns by the likes of Burger King, Krystal and McDonald's. Seattle-based Starbucks Coffee and the Carl's Jr. and Hardee's chains, owned by CKE Restaurants Inc. of Carpinteria, Calif., tapped into the cell-phone-photo craze in 2006 by asking customers to upload promotion-related images.

The CKE campaign asked Carl's Jr. and Hardee's patrons to submit for Web publication pictures of themselves or friends posed as a "Burger Slayer," or rabid consumer of the chains' products.

"The hottest thing on the Web today is user-generated content like the YouTube.com phenomenon," Brad Haley, executive vice president of marketing for Carl's Jr. and Hardee's, says of the inspiration for the "Slayer" campaign's use of guest photos.

The text-messaging functionality of many cell phones and Internet-capable personal digital assistants, or PDAs, is now being felt on the operations side at some restaurants.

In New York and California's Silicon Valley, for instance, a number of chain and independent foodservice establishments use services that permit consumers to avoid lines for takeout food by ordering and paying in advance via Internet or text messaging. Users of such services create profiles with payment and other information from which favorite food and beverage orders can be retrieved quickly and transmitted to merchants.

Participating businesses in New York, including two branches of the Tossed salad chain and some franchised outlets of the Dunkin' Donuts, Papa John's and Subway chains, share an undisclosed percentage of relevant sales with the service provider.

"At Tossed we've always been at the forefront of this [technology] stuff," says Marc Meisel, founder and executive chef of Tossed Franchised Corp. He notes that the small chain began accepting Internet orders in 2000 and that the text-messaging ordering service is just another effort to make using Tossed restaurants "as easy and convenient as possible."

Cell phones, too, could figure in one of the newest wrinkles in payment technology - "contactless" transaction settlement.

San Diego-based Jack in the Box Inc. in December completed a rollout of credit and debit card reader terminals supporting so-called contactless instruments. They were installed outside drive-thru windows and on front counters at all of the nearly 1,500 company-operated Jack in the Box restaurants and most of the chain's 600 franchised outlets.

Contactless payment technology features a transmitter chip on the user's card, key chain fob or cell phone that conveys identifying data across small distances to a receiver on the merchant's terminal. Because there is no need to properly orient a magnetic stripe and swipe, contactless transactions are faster and easier than conventional card settlement.

"Anecdotally, the feedback from the restaurants is that the guests who are using the [contactless] technology like it and appreciate the speed and ease of use," says Cason Lane, corporate communications manager of Jack in the Box. "This same tech will enable the guest to maybe pay with their cell phone some day."

Cell-phone payment technology is already in use in some other parts of the world, including Europe and Japan, and is in test at some U.S. venues.

"It was a technology that intrigued us, especially in the college areas," says Chad Gretzema, director of marketing and communications for Noodles & Co. "When you walk into our restaurants, you see a lot of people on cell phones," he says, adding that using cell phones is "a logical place to go" when considering next-generation payment practices.

The arrangement is likely to remain in "test mode," Gretzema says, until the service provider surmounts a "chicken-and-egg" challenge tied to recruiting merchants who want more registered consumers and consumers who want more participating businesses.

In all, 12 restaurants and beverage outlets in Colorado and San Francisco work with the payment service used by Noodles & Co.

Philips Arena in Atlanta was the site of an earlier test of cell-phone payment technology. Attendees at events there used phones with near-field communication chips to pay for concessions and download such digital content as video clips.

"The pilot [test] in Atlanta exceeded our expectations and demonstrated the value mobile payment and content can deliver to a sports and entertainment venue," says David Lee, vice president of business development for Atlanta Spirit, owner of the arena.

Another new wrinkle in payment technology - wireless, handheld transaction-settlement terminals - has been deployed on a limited basis or is in test at full-service restaurant companies. Testers include Fatz Cafe parent Cafe Enterprises of Taylors, S.C.; Legal Sea Foods; Hooters of America of Atlanta; and Potomac, Md.-based Zone Restaurants, parent of Potomac Pizza. These chains believe guests will respond favorably to having control of settlement timing and to limiting their exposure to identity theft by swiping their own payment card.

Technology's role in boosting in-restaurant entertainment is being scrutinized on many fronts.

Late last year, a Chicago-area McDonald's franchisee reported an 11-percent increase in sales during a now-concluded trial of technology enabling guests to play music or videos that were requested using cell phones or Web-capable PDAs.

Technology is not just an influence at the new uWink Bistro in Woodland Hills, Calif., but rather is at the core of the concept, created by Nolan Bushnell, founder of Atari Corp. and the Chuck E. Cheese's chain. Employing networked, tabletop touch-screen terminals, uWink offers guests the ability to place their orders, select music, play a wide variety of video games - alone or in groups - and pay their tabs, while minimally interacting with servers.