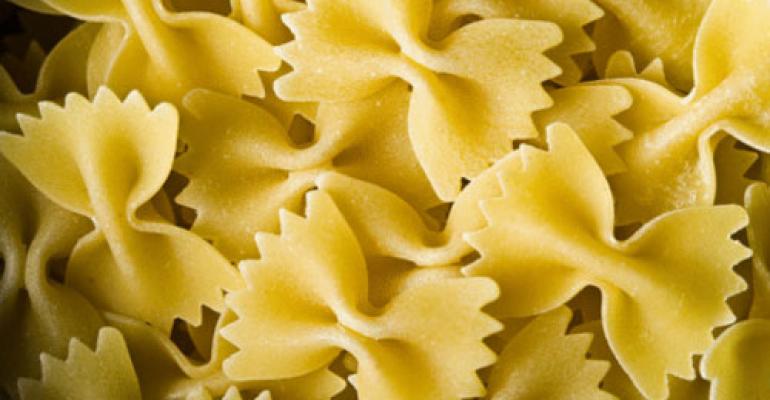 Two fast-casual pasta concepts, including one developed by a former Cheesecake Factory executive, are scheduled to debut this year in New York and Los Angeles, looking to capture what some see as an untapped opportunity within the segment.

Hello Pasta this week will open the first of four locations planned for New York City. The restaurants will offer imported, organic Italian pastas and a choice of 11 “Italian-American” sauces made with natural, locally sourced and organic ingredients for under $10.

In Los Angeles, industry veteran Howard Gordon, a former senior vice president of business development and marketing for The Cheesecake Factory Inc., said he is planning to launch a new concept called Itriya Café Spaghetti & Ssam in the fall that will explore the multicultural flavors of both pasta and ssam, or savory foods wrapped in lettuce, tortillas, bao or pita bread.

Concepts like 235-unit Bloomfield, Colo.-based Noodles & Co., which offers made-to-order pastas, soups and salads, have established a niche within the fast-casual segment, which lately has been dominated by burger and burrito brands. Others see room for more pasta-centric concepts, especially as equipment that quickly cooks dried pasta becomes more widely available.

Lesort and Barthelemy previously worked together in New York at such restaurants as Le Bilboquet, Le Charlot and Opia. Lesort also was involved in opening the bistro trio Frederick’s Lounge, Frederick’s Madison and Frederick’s Downtown. Barthelemy worked for multiconcept operator George V Entertainment, which is known for its Buddha Bar concept. Baratte, the son of French restaurateurs, previously worked in the fashion industry.

The group intends to open four Hello Pasta locations in New York, one each month over the next four months. Each will cover 800 to 1,000 square feet, and offer pastas in large and small sizes for under $10.

“Pasta is one of the most beloved foods in America,” Lesort said. “We believe that if it is made-to-order within minutes and served with delicious, dimensional sauces for less than $10, it will attract a great variety of customers. Our goal is to serve a remarkable product in a modern and clean environment at a low price.”

Sauces will range from classics such as Bolognese, pomodoro or pesto, to more signature flavors, such as sausage and peas; salmon tarragon; and Tuscan chicken vodka, officials said.

Soups, salads and Ciao Bella ice cream will be available, as well as private-label sweets and Nespresso coffee and cappuccinos.

On the West Coast, Gordon’s Itriya Café is scheduled to debut later this year in Irvine, Calif. Gordon said the word “itriya” is the oldest known word for pasta and is derived from Arabic, Hebrew and Greek. Ssam is a Korean word for anything wrapped or enclosed, and refers to savory dishes that can be wrapped in lettuce, a tortilla, bao or pita bread.

Gordon left The Cheesecake Factory in 2008 to launch his own consulting and marketing firm. He was also a partner in the live-music venue Key Club in West Hollywood, Calif., which he later sold.

Itriya Café will be operated by the recently created Gordon Restaurant Group LLC, based in Los Angeles. If all goes well, Gordon said he plans to open a second Itriya Café in Los Angeles next year.

“There are so many like kind restaurants opening right now, so many burger places,” Gordon said. “I’m creating another market. It’s food that’s multicultural and can fit anywhere in the country.”

Gordon said the 120-seat restaurant, which includes a large outdoor patio, will feature a proprietary pasta cooker that can quickly prepare up to 60 portions of dried pasta at once.

The pasta choice will be limited to spaghetti, but 12 to 15 different sauces will be available, ranging from a traditional Italian Bolognese to a mussel-and-chorizo sauce, he said.

“It’s not about the pasta,” Gordon said. “It’s about the flavors and textures of the sauces.”

A second pillar of the menu will be the ssam, featuring fillings ranging from pork belly to short ribs or fish, which will be charcoal broiled and served with the wrapper of choice and corresponding sauce.

Though restaurants such as Momofuku in New York have popularized the concept of ssam, Gordon said the style of dish remains somewhat undiscovered.

“Even some of my friends in the industry say they have no idea what that is,” he said. “It’s not something people will say, ‘Oh I had that last week.’”

The menu will also include soups and salads, as well as beer and wine, and the café will also feature a fresh fruit and vegetable bar. The average check will be about $15, Gordon said.

Most guests will order at the counter and sit, with food delivered to their tables. Gordon said he hopes to include a digital kiosk for to-go orders, where customers can order their meal and pay with a credit card to avoid standing in line. The café will be open for lunch, dinner and late-night hours.

Gordon is opening Itriya with his fiancée, fashion designer Jennifer Lee, with whom he also co-owns a high-end shop in Newport Beach, Calif.