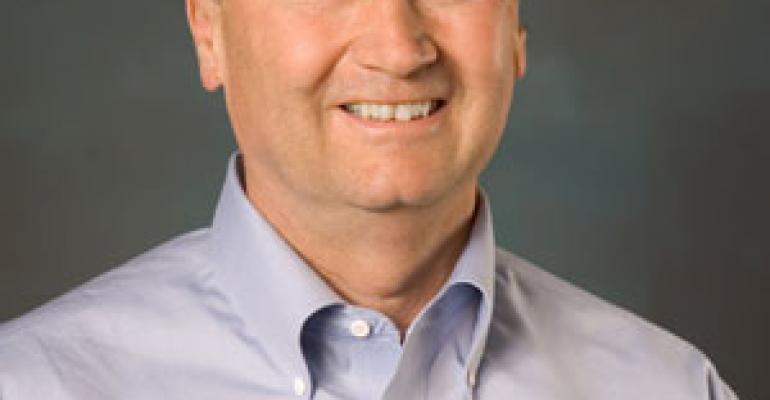 Steak is getting the boot at El Pollo Loco.

So says the new chief executive of the 412-unit chain, Steve Sather, who had served as interim chief since the August departure of Steve Carley.

Before Carley left to become chief executive of Red Robin Gourmet Burgers, he recommended Sather as his replacement. Sather said the board told him at the time to take charge, and he did, by taking a hard look at all aspects of the business.

Now he said he is ready to hit the ground running.

In his first interview with Nation’s Restaurant News since his promotion last week, Sather outlined a plan for what he says will be a revitalization of the Costa Mesa, Calif.-based El Pollo Loco. Among his goals is a renewed focus on the “hero” of the chain’s menu: its citrus-marinated flame-grilled chicken:

I hear steak is on its way out?

We are going to remove steak from the menu this spring. We ran it for a little over a year now and I guess we were happy with it, but it didn’t quite achieve the sales levels we thought. We took a large portion of our marketing dollars last year to focus [on] steak. But a lot of our consumers were sending us e-mails saying, “Focus on chicken, that’s your hero product.” So that’s where we’ll take it this year. We could bring steak back as an LTO in 2012.

What are other plans for the menu?

We’ve done a number of things. Last year we brought in Jonathan Rogan as our executive chef, and he’s been experimenting with new products and new flavors. We also brought in [consultant] The Culinary Edge to make sure we leave no stone unturned in R&D.

We’re looking at some menu board design that’s easier to read. We’re focusing operationally on chicken. We’re also testing some new side dishes, like a flame-grilled corn, cut off the cob with chipotle chile and lime flavors. We’re also testing sweet potato fries, and we’ve got a sweet corn cake, like a corn bread, that’s almost like a dessert.

You have mentioned that you’ve reduced the sodium levels in your tortilla soup. Any other health-focused changes?

We’re constantly looking at the menu. We’ve always been rated highly in terms of health because of our grilled chicken. You’ve got our tortilla soup, which tastes great and now has less sodium. To me, if it doesn’t taste great, it doesn’t matter how healthy it is because people won’t buy it.

We have worked with [nutrition consultants] Healthy Dining and we’re one of the only chains endorsed by the Lindora Lean for Life diet plan.

El Pollo Loco last year did a lot of couponing. How will marketing efforts change?

We’ve revamped the whole area of marketing. Last year we did an agency search and we have three finalists who will present at the beginning of February. In the past we’ve worked with two agencies, one for the Hispanic market and the other for the general market. Now we’ll have one agency do both. The new agency will finalize our positioning and create a central message. You’ll start to see some new creative and menu items in the second quarter.

Last year we did do a lot of heavy discounting on the core chicken product. We did that to drive family meal sales, but it was too much and too heavy, and pretty repetitive. We’re still going to have that, but not nearly at the level we did last year, and certainly not with our core product, which is our bone-in chicken.

Any changes on the operational side?

We will have mystery shoppers for all company and franchise stores, done by the same company, to benchmark where operations are. We’ve created a position called operations support manager, and taken five of our top managers. They’re in stores now doing one inspection per quarter of company and franchise units. These will be posted as a sort of dashboard so franchisees can see individual stores or stores in their area, and I can see everyone. It’s a QSC audit — quality, service, cleanliness — and a coaching session on how to make it right. That’s additional support to what we already had out there.

In the last earnings call, you mentioned a corporate store in Anaheim that would offer some new features. Is that open?

Yes, it opened in Anaheim on Dec. 6 and we’re testing several features there. Among them is table service. At most locations, you order at counter and they call your name. In Anaheim, we are testing table service where they give you a number that you put on your table and they bring your food to you. Some of our franchisees use table service already.

Also, El Pollo Loco typically has a very open visible kitchen with exhibition style grilling. In Anaheim, the kitchen is very forward facing, and the unit also has family-size tables for seating of six, and other décor updates.

We’re interviewing design groups to work on a new prototype for us. We’ll have information from current studies being done. With the new [marketing] agency, they can work on a new prototype. Anaheim is an interim, kind of gut feel for us. I want to bring in some top people to design a prototype, and what we’ll use for remodels. That should be completed by this fall.

Growth has slowed because of the economy. What are your plans for 2011?

Until we get a solid brick foundation for the revitalization of El Pollo Loco, we’re not ready to grow rapidly right now. With the economy where it is, especially in Southern California, franchisees don’t have access to capital. I think that will change, and 2011 will be a little better. We’ll be ready for the recovery.

Sam Borgese was named executive chairman at El Pollo Loco this week. What will his role be?

Sam’s working with me and the senior team and looking at how he can help us achieve our strategic vision. He’s here part time, three or four days a week. El Pollo Loco is owned by Trimaran Capital Partners LLC, which was also involved with CB Holding [parent to the Charlie Brown’s Steakhouse concept], where he was CEO. Sam also lives in Southern California, so we have a board member who is close and can see what we’re doing. Our sponsors have been very supportive of our efforts.