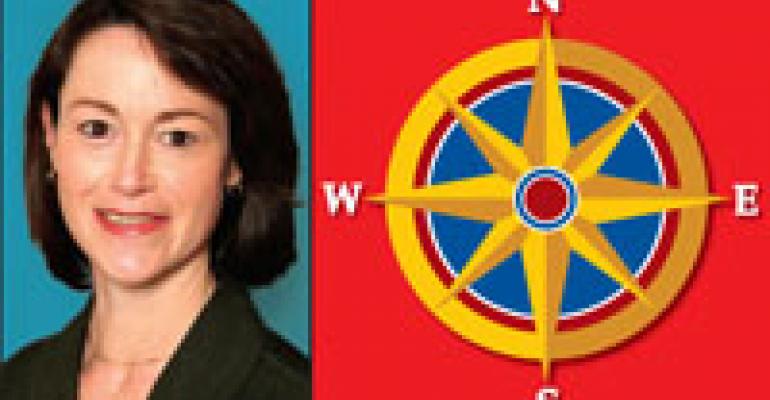 They came. They ate. They conferenced.

Not quite the same as Caesar’s eternal “veni, vidi, vici” boast about his behavior in battle, but the operators and suppliers who gathered in Los Angeles for the recent Multi-Unit Foodservice Operators and Culinary R&D conferences seemed every bit as satisfied with their plunder.

They learned how to fire up their brands, heard about ideas that work for others, and raised a glass or two with friends, old and new.

There was food, and lots of it. Ice cream was available as a mid-morning snack, and there were prereception receptions before the final banquet. Late at night they’d be out again, exploring the city’s plentiful dining spots, from Pink Taco and Pinkberry to Craft and CUT, Pizzeria Mozza and Osteria Mozza.

Do foodservice people ever sleep?

And then there were the tidbits, nuggets of information that come out of chats over the hors d’oeuvre tray. Here are a few I heard: Gyu-Kaku Japanese BBQ, winner of a Hot Concepts! Award, is testing all-you-can-eat sushi at two of its newer units in suburban Los Angeles. Though the tabletop grilling has been well-received in most markets, guests demand sushi as well.

“The clientele wants something that’s easier to understand,” said Emily Wong, director of operations for Reins International California Inc., the local arm of the Japan-based corporation that is rapidly expanding the brand in the United States. If tests go well, Reins plans to push forward with both grilling and sushi aspects in future units.

Masaharu Morimoto, better known as Japan’s “Iron Chef” from the TV show of the same name, plans to open a restaurant in Los Angeles in the next year or so.

Morimoto operates two eponymous restaurants in Philadelphia and New York. If he opens in Los Angeles, he would go head-to-head with the Nobu restaurants that he helped start. Years ago, Morimoto was recruited by Nobu Matsuhisa to open the first Nobu in New York.

Noted Italian operator Piero Selvaggio, owner of the high-end Valentino restaurants in Los Angeles and Las Vegas, is adding to his portfolio in Sin City. In April, Selvaggio is scheduled to open an Italian-influenced casual bistro-pub called PS Blu at the Venetian Resort Hotel Casino.

Selvaggio also is launching this month the V-vin bar at Valentino in Los Angeles, where guests can sample older vintages and rarely seen labels from around the world and a new small-bites menu.

Kevin Perkins, chairman and chief executive of Sizzler U.S.A., came all the way from Australia to attend MUFSO. After visiting Tender Greens, a class-act salad concept in Culver City, Calif., Perkins fell in love with the idea of interactive salads. Sizzler is developing a new express variant that will likely include the chain’s signature salad bar. Only he’s thinking the express units will involve someone else assembling the salad for you. The first express unit is likely to open in Singapore fairly soon.