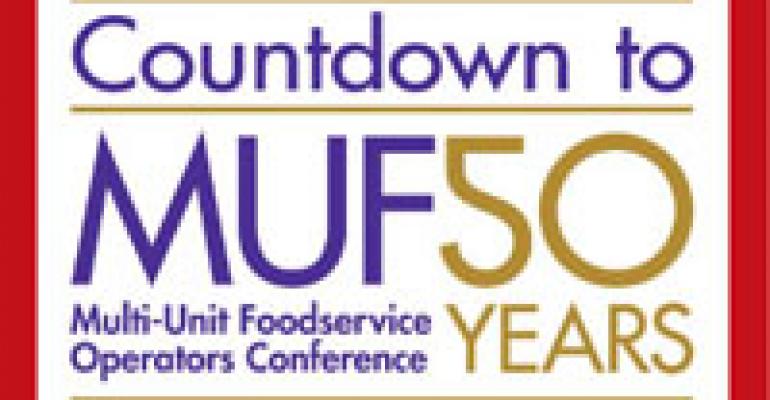 During the last five decades, MUFSO attendees have had the opportunity to listen to hundreds of the country’s best and brightest as they shared their observations about business in general and the restaurant industry in particular. While speakers often addressed specific issues of the day, much of what they said proved to have broader, more enduring applications. The following quotations give some hint of the kinds of ideas that were expressed by participants of the various MUFSO events around the country.

“Cooking is the difference between being civilized and noncivilized.”

“Get involved in politics or get out of business. You people have got to get political-action committees, you’ve got to get your employees to contribute to those PACs, and you’ve got to use those funds to support free-enterprise candidates.”

“[The current economy] is starting to worry everyone. It’s easy to say ‘Cut this or cut that’ at times like these. But your shareholders see through it, your customers see through it. It will demoralize your business.”

“Our experience leads us to the conclusion that there are three basic elements of success in opening a restaurant. They are location, putting the right type of unit in the location and management.”

“In the strange arithmetic of motivation, one negative can wipe out a dozen positives. Management often undercuts its own efforts by overlooking the demotivating impact of minor grievances.”

“The true test will be the degree to which restaurants are managed as chains get larger. Some of these chains are going to crack, but the professionally managed ones will stand up well.”

“I’ll guarantee that if you don’t become politically active, your children are not going to enjoy the same rights you enjoy.”