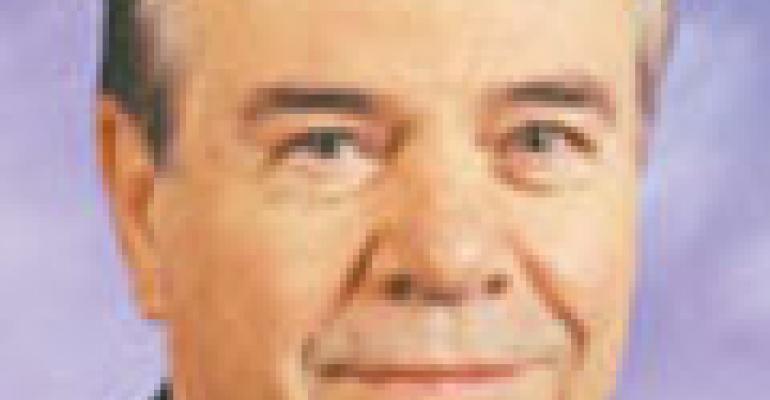 The first year MUFSO was held, 1959, a number of key events occurred. President Dwight D. Eisenhower signed a proclamation in January admitting Alaska as the 49th state, and then followed that up in August by admitting Hawaii as the 50th.

The year 1959 also was a notable one for the restaurant industry. It saw the debut of such great brands as Little Caesars, Round Table Pizza, Taco Time and Bickford’s Pancake House. It also was the year that Restaurant Associates launched the Four Seasons in New York and Danny’s Coffee Shop changed its name to Denny’s.

This industry has a big cast of characters representing the best of the best—entrepreneurs, visionaries, innovators, risk takers, good citizens. The men and women who built this industry into what it is today are high-energy, bright, dedicated and passionate and have many other wonderful characteristics I haven’t even begun to mention. It is, in fact, a people business, as we all know.

Today the industry represents $556 billion in sales with more than 945,000 points of distribution. Fifty years ago that was not the case. Today it contains megachains that represent substantial Wall Street investments and mom-and-pop operations that serve their communities year after year.

Things have not always been easy, as this recession reminds us. There has been high inflation, high interest rates, high energy costs and many issues that have negatively impacted the restaurant business. There have been substantial failures and spectacular successes. The good news is that this industry continues to survive and prosper, and we are witness to an abundance of creativity every year as new restaurants debut and address the changes in the marketplace.

Beginning with this introductory letter, Nation’s Restaurant News will feature an article in each issue leading up to MUFSO 2009 in October. We will review five decades of restaurant history, the people, the concepts, the failures, the successes. It will be a nostalgic trip for sure. Yet, at the same time, it ideally will serve as a learning experience. We have often shown that we can be an industry that learns from its history, from its missteps and successes.

This year I will have the great pleasure of serving as chairman of MUFSO and sharing the honor with my co-chairman, industry legend Norman Brinker. Together, we invite you to register for MUFSO 2009. This year’s conference will present a new and exciting program that will not only celebrate the past 50 years, but also will look into what the future might hold for this industry 50 years from now.