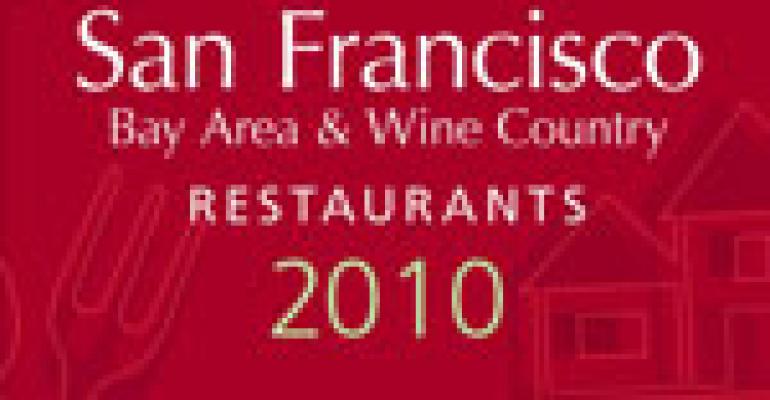 SAN FRANCISCO The French Laundry in Yountville, Calif., was the only San Francisco-area restaurant to earn the coveted three stars in the 2010 edition of the Michelin Guide for that region, released Tuesday.

Thomas Keller’s high-end venue has maintained its three-star rating since Michelin Guide began publishing the San Francisco Bay Area & Wine Country Guide in 2007. The three-star category, is reserved for the few restaurants that have “exceptional cuisine, worth a special journey,” according to the guide.

Of the 39 restaurants in the Bay Area that earned stars this year, four were designated two-star restaurants, meaning “excellent cuisine, worth a detour.” That list includes Coi in San Francisco; Cyrus in nearby Healdsburg; Manresa in Los Gatos; and The Restaurant at Meadowood in St. Helena.

Two of the two-star winners from last year lost ground, however. Michael Mina in the Westin St. Francis Hotel in San Francisco was relegated to one star and Aqua, also in San Francisco, lost both.

In its fourth year of publication for the San Francisco market, this year’s Michelin Guide also includes 89 venues that offer meals under $25, a reflection of the current economic climate and resulting dining habits.

Restaurants are also being classified under a new category of small plates — one not included in any other Michelin Guide previously. Officials said it was added to reflect the increasing popularity and quality of restaurants using a small-plate format in the Bay Area.

Also new is an expansion of the territory covered to include the neighboring communities of Walnut Creek, Emeryville and Lafayette.

Currently, New York and the San Francisco area are the only U.S. markets covered by the Michelin Guide, which rates restaurants by city in 22 countries, mostly in Europe.

In past years the company published guides for Los Angeles and Las Vegas, but Michelin suspended those books this year, reportedly because of economic concerns.