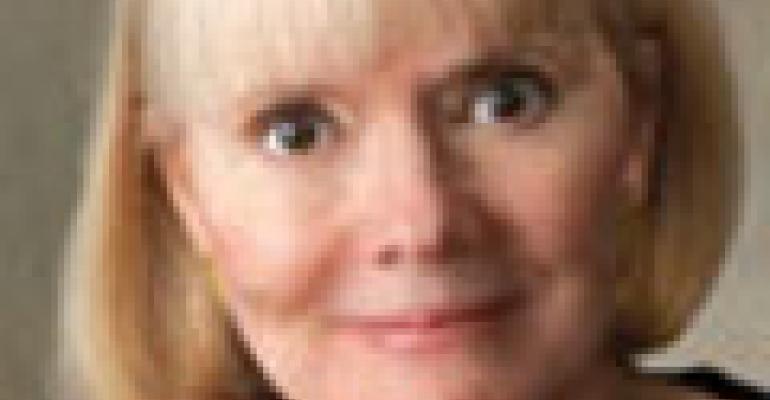 No wonder it’s called the center of the plate. Protein is, after all, smack dab in the middle of most main dishes. But it’s also a center of culinary attention as chefs strive to create memorable signature items. Protein is a major cost center as well, and this dogged economic downturn has generated some innovative approaches from corporate menu developers looking to lure customers while controlling the costs and maintaining the margins of their entrées.

They’re exercising restraint. The ability to manage the amount of protein in a dish while still providing value and satisfaction can be a tricky proposition, but a number of corporate chefs have risen to the challenge with stick-to-your-ribs offerings in which meat plays a more subordinate role. In Marie Callender’s seasonal Shepherd’s Pie, seared pieces of beef mix with carrots, peas, mushrooms and zucchini in a mushroom-Burgundy sauce that’s covered with creamy mashed potatoes.

Country Kitchen’s Steak Stroganoff layers grilled sirloin over penne pasta along with sautéed mushrooms and onions in a sour cream stroganoff sauce. That dish is a reminder that, when the going gets tough, many chefs turn to pasta, a win-win ingredient that can minimize cost and maximize creativity.

Olive Garden provides specials in which the protein is carefully portioned, as with the current pasta promotion in which the focal point is Four Cheese Stuffed Mezzaluna that can be topped with either shrimp or sausage.

Another approach to protein portion control is the time-honored mixed grill and its variants, in which two or more meats can be offered in smaller bites. The new Mixed Grill Spiedini at Bertucci’s marries grilled top sirloin with tender chicken, while Outback offers a combination of king crab legs and sirloin. Black Angus’s Mixed Grill with Three Mouth-Watering Flavors features Guinness sauce, espresso sauce and white-wine-and-garlic sauce to accompany sirloin, pork and shrimp.

They’re going over the top. One of the most audacious menu tactics in recent memory is the use of protein as a condiment, a concept ascribed to the menu and marketing gurus at Carl’s Jr. The West Coast burgermeister and its East Coast corporate sibling Hardee’s have had success with a series of premium burgers that sport a topping of an up-market and/or specialty protein. The Prime Rib Thickburger, a one-third-pound burger crowned with thinly sliced prime rib, is a good example. A limited-time offer, it joined a line of meat-centric specials including Pastrami and Philly Cheesesteak versions.

Putting protein over the top is not just a quick-service phenomenon; it’s a strategy that’s being employed all up and down the chain channel. Coco’s Restaurant & Bakery, a midscale operation, has offered Salmon Oscar, a salmon fillet topped with shrimp. Similarly, the winter specials at casual-dining Outback Steakhouse include crab over tilapia. And the latest winner in T.G.I. Friday’s ongoing Ultimate Recipe Showdown, a promotion that invites consumers to submit recipes, is the Triple Stacked Burger, in which the top stack is a slice of ham. Speaking of things porcine, prosciutto has become the protein condiment of choice in the Italian segment. In an unexpected variation on a classic, Carrabba’s Italian Grill finishes Steak Marsala with prosciutto. It’s wrapped around sea bass in Il Fornaio’s Branzino in Camicia, and it’s added to the chicken and shrimp in the Penne Rustica at Romano’s Macaroni Grill.

Looking ahead, we may see patrons shift consumption to get their fill of meat and protein early in the day when menu prices are lower. Case in point: Denny’s Prime Rib Sizzling Breakfast Skillet at $7.99 is a less expensive but still indulgent alternative to its $10.99 dinner counterpart.