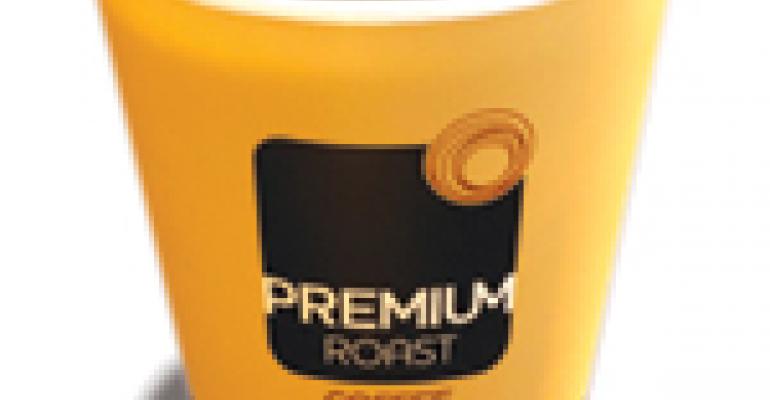 OAK BROOK Ill. In another sign that beverage menus may be the next big battleground for the major quick-service chains, McDonald's Corp. president and chief operating officer Ralph Alvarez told investors today that the chain is considering the addition of smoothies and specialty coffees.

The disclosure came a few weeks after arch-rival Wendy's International Inc. said its namesake chain would add beverages this year that would be unavailable at any other quick-service chain, and after a financial analyst revealed that Burger King Holdings Inc. is developing a premium iced coffee as part of its new-product onslaught.

McDonald's, too, is working on an iced coffee, Alvarez said at the Bear Stearns investment conference in New York City. Those and the other new beverages would attract new customers to the chain, he asserted. Coffee sales have risen 15 percent since McDonald's introduction last year of an upgraded coffee blend, Alvarez disclosed.

He also said plans are in the works to roll out a cinnamon melt, a warm sweet roll with cinnamon glaze, to 11,000 of the chain's 13,700 domestic units by this summer.

In a separate development, a memo from McDonald's officials shows that complaints from the chain's customers rose during 2006, according to Dow Jones Newswires, which said it intercepted a copy. Complaints relating to company-owned units totaled 20.1 per 100,000 guests, compared to 18.5 for 2005, the news service said. Complaints at franchised restaurants reportedly totaled 12 per 100,000 guests, up from 11 in 2005.

About one-fourth of the complaints pertained to inaccurate order delivery, followed by incorrectly prepared product, according to the report.