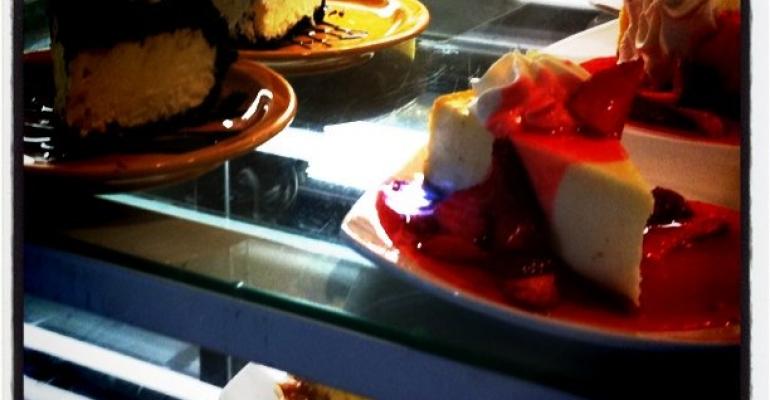 Luby’s Inc. said it would keep a cautious eye on commodity prices after higher food costs hurt the bottom line in the second quarter.

The parent company of 96 Luby’s Cafeterias and 185 Fuddruckers units reported a loss of $211,000, or 1 cent per share, for the Feb. 9-ended second quarter, compared with profit of $141,000, or about 1 cent per share, in the same quarter last year. Excluding special items, income from continuing operations was $27,000 compared with $56,000 in the same period last year, the company said.

“Overall, this year-over-year flat change in results is due to a decline in store-level profit at Luby’s Cafeterias, resulting primarily from higher food costs,” Scott Gray, Luby’s senior vice president and chief financial officer, said during a conference call with analysts on Friday.

Same-store sales at the cafeteria units were up 2.7 percent after rising 5.5 percent in the first quarter and falling 12.5 percent in the year-ago second quarter. Luby’s acquired Fuddruckers last June and does not provide same-store sales figures for the burger concept. The company did note that snowy weather during the quarter hurt sales at both concepts.

Chris Pappas, Luby’s president and chief executive, said customer traffic was up 8 percent, “but our per-person average is down 4.9 percent, largely due to the impact of the lower kid’s meal price, expansion of our Saturday-Sunday all-you-can-eat breakfast and limited time offers.”

Gray said the company is working on store-level margins by looking at “selective menu prices increases, further localization of cafeteria menus and offerings to drive traffic and implementation of a theoretical food-cost management tool at Fuddruckers locations, which is currently being tested at six units.”

However, Pappas said any price increases would be done with caution.

“Any further price increases we might pass on to the consumer remain contingent on the health of the consumer segment, which is just beginning to feel the impact of rising gasoline prices,” he said.

Higher food costs: Pappas said second-quarter commodity costs were up 5 percent, “driven by the increases in the costs of beef, seafood and produce.” He said the higher prices added about 140 basis points to the cost of food to restaurant sales ratio, or about $800,000 in the quarter. “We do not believe prices are likely to retreat in the near future,” he added. “However, we are buying strategically and using the menu flexibility we have within our cafeteria units to respond to this challenge.” Food costs as percentage of restaurant sales rose to 29.8 percent in the second quarter, compared with 27.4 percent in the same period last year.

Cafeteria traffic builders: Pappas said 14 percent of the meals at Luby’s during the traditionally busy Thanksgiving and Christmas holidays were taken away for at-home dining. The company also extended promotions for take-away cakes and pies to the New Year’s and Valentine’s Day holidays. To-go menu boards have been simplified and now allow customers to order by number, Pappas said. “We’ve selected out most popular 10 items for these menu items, and these 10 menu items represent over 85 percent of our typical dine-in customers’ orders,” he said. To-go food sales in the quarter were up 3.5 percent. The company also offers a $2.99 kids’ meal to attract families.

Weekend breakfast emphasis: Pappas said the $4.99 weekend brunch, which is now offered at two-thirds of Luby’s cafeterias, has been the chain’s most successful traffic driver. “Half the increase in our traffic count in the second quarter was generated by this initiative,” he said.

Menu price increases: Luby’s raised prices on a handful of menu items in the second quarter but has no plans for across-the-board hikes, Pappas said. “At this time, we do not believe it’s prudent to fully recoup the impact of food inflation through menu pricing,” he said.

Fuddruckers menu changes: Fuddruckers, which is known for its gourmet burgers, has started promoting non-beef items such as grilled and crispy chicken sandwiches. The chain also is testing new products and upgrades, such as new onion rings at a test unit. “Some guests are willing to spend more to substitute onion rings for our potato wedges,” Pappas said.

Fuddruckers new units and brand extension: The company plans to open two Fuddruckers units in the Houston market in the second half of the fiscal year. It is also developing a 2,500- to 3,000-square-foot prototype, downsizing from the current typical 5,000-square-foot restaurant. In addition, a Fuddruckers Express unit has been integrated into Luby’s contract services operations at Lone Star College in Texas.

Marketing expenses down: Advertising and marketing expenses in the second quarter were down 70 basis points from the prior-year period as the company “relied more heavily on local-market initiatives to drive higher traffic,” Gray said.

Cold weather impact: Early February wintery weather impacted sales in the Texas stores, especially in Dallas, Houston and San Antonio, Pappas said. “We estimate the severe weather cost us approximately $900,000 in restaurant sales during the last week due to operating limited hours at some locations and full store closures at others,” he said.