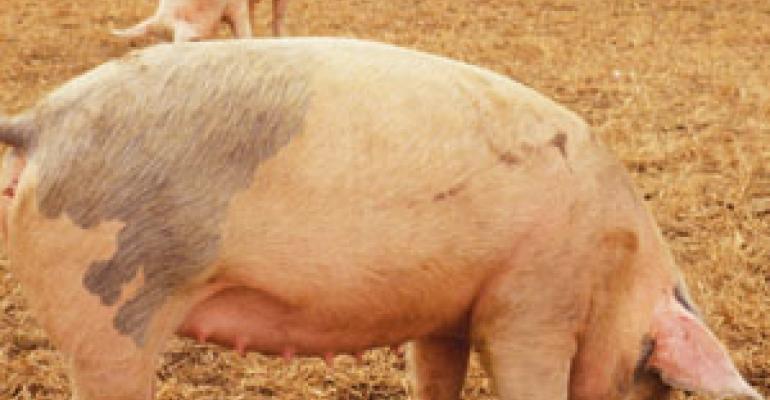 December’s devastating employment report, and the threat of a deepening recession, helped send commodities lower. New York Mercantile Exchange crude-oil futures sank to $40 in early December and dragged most other commodities down with it. Crude oil is 72 percent below its high of $1.45, set in early July. In addition, most grain and vegetable oil markets are near two-year lows.

Agricultural commodity prices won’t hit bottom until crude oil stabilizes. When it does, supply and demand fundamentals will eventually kick in. In many cases, that will be bullish for prices. But the picture changes daily and at times defies logic. A month ago many thought crude oil would stabilize at $60 per barrel, then it was $50 and now perhaps it’s $40.

Beef — November’s USDA cattle report showed 10.97 million head of cattle on feed, down 6.8 percent from a year ago. Third-quarter beef output was 3.7 percent below last year, and the fourth quarter is projected to be down 3.2 percent. A small decline in beef production for 2009 will be compounded by smaller supplies of competing proteins. As a result, the 2009 USDA forecast for choice cattle is $96.50 per hundredweight, up 3.5 percent from 2008.

Middle meats, specifically strips, top butts and short loins, hit bottom in November and look to be higher through spring. Rib eyes and tenders are peaking seasonally ahead of the year-end holidays with prices headed lower. Chucks, rounds and ground beef are in high demand as the hot “trade-down” items, and prices are all likely to be higher through winter.

Dairy — Despite expectations for weaker demand, cheese prices moved higher in November. Cheese prices have been as high as $1.89 per pound, in mid-October, and as low as $1.60, in early November. In early December block cheese was $1.79 and barrel cheese was $1.75. But lower cheese prices will be here soon. Block prices are expected to average $1.88 this year and $1.72 in 2009. The projected decline reflects a 1-percent gain in milk output combined with weaker foreign and domestic demand.

Butter prices remained seasonally high through Thanksgiving but came crashing down afterward. Cash butter, which hit highs of $1.77 per pound in October, had dropped to $1.26 in early December. Producers say orders for the upcoming year-end holidays are light. Butter prices should average $1.46 in 2008, and maybe a penny lower in 2009.

Grain — A stronger dollar, the global economic slowdown and an exodus of hedge fund money from the futures markets all have helped depress grain prices. Corn futures below $3 per bushel, a two-year low, and wheat below $5 were impossible to fathom just a few months ago. But agricultural commodities are expected to recover in 2009.

As for corn, post-election political influences bode well for continued support of the country’s misguided corn-based ethanol program. In wheat, current supplies of U.S. soft red winter wheat are large. But drought looks to take this year’s Australian crop down to 18 million tons, well below earlier forecasts of 22 million. World harvested area is expected to contract by around 1.6 percent in 2009, while consumption is expected to rise by 3.6 percent.

Pork — Output in 2009 will be lower than previously estimated. The new Country of Origin Labeling that went into effect Oct. 1 will prevent packers from co-mingling U.S.-born hogs with Canadian-born ones. As a result, some of the largest U.S. packers have said they would source only U.S. hogs. Consequently, the USDA lowered its forecast of 2009 pork output to 1.6 percent below 2008 levels on expectations that 2009 Canadian imports would fall by 21 percent.

Poultry — The overriding force in chicken has been the consistent pullback by producers over the past several months. During October and November, egg sets and chicks placed in the USDA’s 19-state report have both averaged 7.7 percent below a year ago. Fourth-quarter broiler output is forecast to be 1.5 percent below last year. Broiler output in is projected to decline 1.1 percent in 2009. Reduced output will send broiler prices to about 85 cents per pound in 2009, up 5.9 percent from around 80 cents in 2008.

Russia announced that it would reduce 2009 import quotas on poultry. The reduction would cut U.S. sales of leg quarters to Russia by 33 percent, from 1.8 billion to 1.2 billion pounds. The loss of very lucrative dark-meat exports to our largest international customer will put even more financial pressure on U.S. poultry companies that already are reeling from high feed and energy prices. The USDA’s estimate of 2009 broiler exports at 6.28 billion pounds, down 6.5 percent from 2008, is probably on the optimistic side.

USDA weighted-average boneless skinless breast prices were in the $1- to $1.10-per-pound range in early December. Prices will head gradually higher on tighter supplies.

Bulk whole wings, at $1.18 in early December, could be as high as $1.30 in late January, in preparation for Super Bowl-related demand.

Leg quarters at 27 cents have now dropped 30 cents in two months on softer export sales. Still, they look to move back over 30 cents in early 2009.