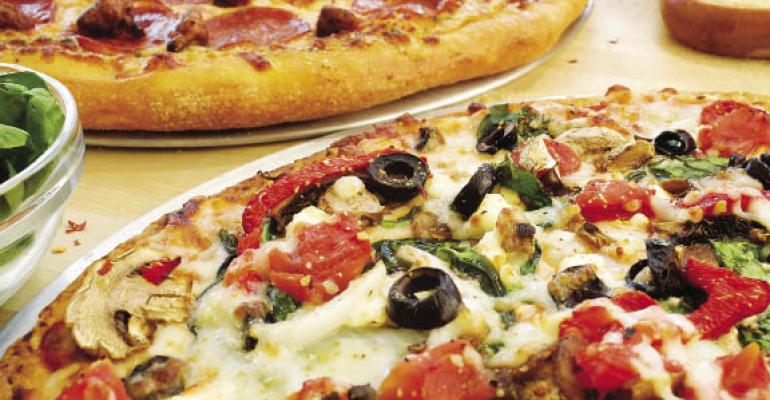 Chain restaurants nationwide are re-evaluating the way they develop their dishes as they brace for regulations requiring them to list calorie information on menus.

Executives and chefs are seeking ways to make calorie disclosure work for them, taking into account their brand images, their operational quirks and the conflicting messages consumers send about healthful foods. Despite the many uncertainties of the impending rules, one thing is clear: The calorie conversation starts in the earliest stages of menu development.

“Now it’s the norm to work up basic nutrition [of a menu item] in ideation. That’s an expectation that we never had before,” said Jim Doak, executive chef of the Culver’s fast food chain.

Doak was participating in a recent roundtable discussion on menu labeling with Nation’s Restaurant News, sponsored by Ventura Foods, in New York.

“We’re working so much farther out than we ever have before,” he said, noting that analyzing the nutritional value of items added time to the development process.

With Congress’ passage this spring of the Patient Protection and Affordable Care Act, which includes rules for menu labeling, chains with 20 or more units anywhere in the country will be required to post calorie information once the law is interpreted by the Food and Drug Administration.

Markets where the disclosure of nutritional information is now required — New York City, King County in Washington and the state of California — offer a glimpse of what operators nationwide can expect.

Anecdotal reports from those markets indicate that consumers don’t change their long-term ordering patterns much when calorie information is posted. Restaurant operators said that while shock at the high caloric content of some items might cause a brief dip in sales, they go up again within a couple of weeks.

During Nation’s Restaurant News’ recent Menu Trends & Directions conference in Orlando, Fla., Chevys’ chief marketing officer Lowell Petrie said that customers in California, where full nutritional information must be provided at the table, tend to take a look at the information of their favorite menu item, express surprise, order the item anyway and never look at the data again.

But a 2005 report from the Department of Agriculture’s Economic Research Service predicted that labeling would likely result in a change for the better in the nutrition content of menu items. Indeed, that seems to be happening.

Since the introduction of local and state menu-labeling regulations a few years ago, a number of national chains, including Starbucks, Dunkin’ Donuts, Applebee’s, Bob Evans, Corner Bakery and Perkins have started to offer lower-calorie items.

In some cases, lowering calories in menu items isn’t too difficult, Stephanie Struble, senior director of product development for Zaxby’s, based in Athens, Ga., told the Ventura-sponsored panel.

Zaxby’s specializes in fried chicken fingers, French fries and Texas toast, but Struble said the number of calories in some items — for example, the salad with chicken fingers — can be reduced by about 50 percent simply by making adjustments, such as removing the fried onions and cheese and using a lighter dressing.

But it’s not always that simple.

Scott Taylor, former chief concept officer for Beef ‘O’ Brady’s, said that making adjustments such as swapping regular mayonnaise for low-fat mayonnaise can affect the food’s taste. Instead of making changes that could sacrifice flavor, his chain continues to serve many of its signature items — just in smaller amounts.

“But we’ve had success with smaller portions, and people are trading to half orders,” he said.

He added that the effect is not as detrimental to the average check as people might think, and offerings such as salads and small dessert items — which he said sell better than big ones — can help augment checks. He added he didn’t know whether the movement to smaller orders was his customers’ way of managing money or calories, however.

OSI’s Spillyards observed that offering smaller portions and items that customers perceive as being better for them “gives people permission to come in,” but they don’t necessarily order those better-for-you items.

Doak pointed out that combining items that allowed for a meal of fewer than 500 calories might encourage customers to visit more often — once a week for a low-calorie meal and once for an indulgent fish fry, for example.

Quaker Steak & Lube chief executive John Longstreet said that, although nutritional information hasn’t traditionally been a consideration at the chain, “I would say that going forward we’re going to consider that. But we’re not going to change the way we make our wings.”

He added that recently, in looking at a new shrimp item, they came up with a grilled, butterflied shrimp that they could toss in one of their lower-calorie wing sauces.

“I don’t think we’re going to go that way,” he said, because battered and fried shrimp would sell better, “but at least it had serious consideration.”

One Quaker Steak franchisee, Jacob Wright, has been experimenting with promoting items that have relatively good nutritional profiles rather than altering more indulgent ones. Labeling menu items with “heart healthy” symbols proved to be the kiss of death for those dishes a couple of decades ago, as diners assumed the symbol meant the food wouldn’t taste good, but Wright is gambling that things have changed.

Wright explained that his wife and sister are vegetarian, and he noticed that he had to help them find items on the menu at his motor-sports themed franchise that they could order.

So he added a “hybrid menu” insert at his Syracuse, N.Y., location, which — as hybrid cars are better for the environment — offers items customers might see as better for them.

Many chain restaurant executives argue that menu labeling is more complex than it appears on the surface. Apart from the spatial logistics of fitting the information on menus and menu boards — Doak said that Culver’s formulated an eight-page document for the FDA telling them, among other things, that the chain would have to remove 73 items from their menu board, which would result in a 4 percent reduction in sales — national chains have to deal with the differences between markets. Beef ‘O’ Brady’s Taylor pointed out that the chain’s 250 restaurants in 19 states use different suppliers in different territories, so they’ll have to post different nutritional information based on which suppliers provide ingredients to which restaurant.

Tim McIntyre, a spokesman for Domino’s Pizza, said the chain faces a different problem: At what point in the dining experience should the data be shared? If menu labeling is intended to provide customers with information at the point that they’re placing their order, posting that information on their menu boards would be practically useless, since virtually the only people to see them have already ordered their pizzas and are coming in to pick it up.

“We’re not against providing nutrition information to our customers,” he said. “We’ve been doing it for 12 years on websites and in nutrition brochures.”

He also pointed out a challenge in New York City regulations: “They’re pushing against the concept of [serving] size and want us to label the whole product. But no one eats a whole pizza.”

Since pizza is customizable, New York regulators offered the “solution” of posting a calorie range.

“But a range on a large pizza could be thousands of calories. We did that, and we’ve had customers come to us and say not only is [the calorie range] not helpful, but it’s almost offensive, like we’re hiding behind the range. But we’re trying to do the opposite. We think that if we could have printed nutrition brochures and provide people with the information at the point that they’re ordering [about 25 percent online and most of the rest over the phone], that would be more helpful.”

He did say that nutritional information was something they think about when developing new products, but “we’re paying less attention to potential legislation and more attention to what customers are asking for.

“We recently brought in a health and wellness specialist to help us see how we can improve our existing product line, as well as to be actively involved in any future products that we roll out.”

That said, Domino’s much-touted reformulated pizza, which was rolled out late last year, is a bit higher in calories, sodium and fat than the previous formula, McIntyre noted.

There also remains the issue of whether or not customers really want more healthful dishes when they eat out. It’s been noted by operators that while customers say they want healthful options, they don’t order them as much as more indulgent dishes. But the recent success of some lighter items has made the issue a bit murkier.

Last year, Domino’s also launched a premium “American Legends” line, focusing on regional flavors such as Hawaiian pizza with ham and pineapple and Memphis barbecue chicken. Those items have 40 percent more cheese than the chain’s regular pizza, and indulgent items in the line — such as the Philly cheese steak — sell well, as the company expected. But McIntyre said they were surprised by the success of the Pacific Veggie.

“The people in the product development team wanted to have a veggie-only option. Leadership said, ‘This tastes good, but it’s not going to sell. Men won’t buy it.’ Once we launched them, though, we found that men have been buying it. It’s been sort of the sleeper success.”

Similarly, at Noodles & Company, a 235-unit fast-casual chain based in Broomfield, Colo., of the four sandwiches launched last month, the best-selling item is not the meatball sandwich, the chicken Caesar or the cheese steak, but the 340-calorie Med, made with feta cheese, a tzatziki-like sauce, chicken and vegetables and served on flatbread, according to Dawn Voss, who heads up product development at the company.

Then again, their best-selling noodle dish is the 900-calorie macaroni and cheese.