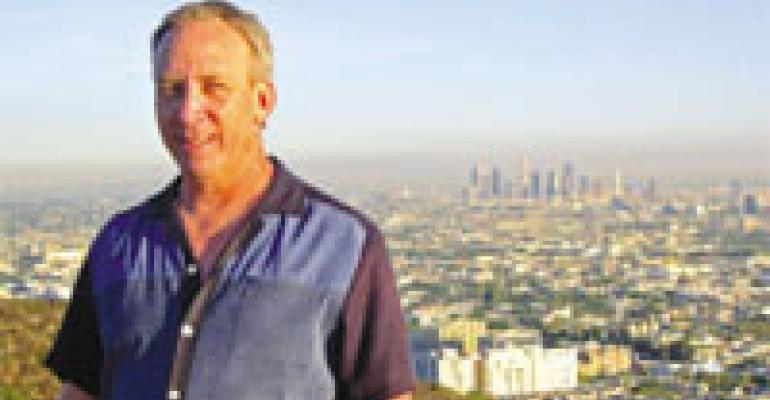 Over the years, I had a number of opportunities to speak with the late Ed LaDou, credited by many as the father of the California-style pizza movement, about his life in the industry. As the original pizza maker at Wolfgang Puck’s celebrated Spago, LaDou created more than 250 pizzas whose avant-garde toppings helped make the restaurant a legend. After leaving Spago in 1985, he created California Pizza Kitchen’s first menu, including its famed Barbecue Chicken Pizza. Later he was founder of Caioti Pizza Cafe in Studio City, Calif., which opened in 1987.

Before his death, we had a final chance to share a meal and look back at his career. During a 2006 trade show in Long Beach, Calif., LaDou invited me to nearby Los Angeles for a guided pizza tour. I knew his cancer was advanced and that I might not get the chance to interview him again. His candid remarks came on the condition I wouldn’t publish them until after he died. What follows is a mix of insights gleaned during that visit and in later phone calls and e-mails.

Some people credit you with fathering the California-style pizza movement. Is that accurate, or should others share the credit?

I can’t say I did that exclusively. There were others who also were experimenting with pizza at the time. But I think to a great extent the pizzas at Spago and California Pizza Kitchen provided the fuel for that movement. For years pizza had just been traditional stuff, but after that, it was changed for good.

What I think will remain my contribution to the culinary world is this: I hope what I’ve done has shown people it’s OK to create food that simply tastes good as opposed to following the tradition it’s structured on.

Does it bother you that many credit Puck with so many of your creations?

No, not at all. It was his restaurant, and I worked for him. I was only doing my job. He gave me an incredible opportunity to express my creativity through pizza in a way no one had before. He gave me access to the best ingredients to work with and allowed me to do just about anything I could dream up.

We once talked about a bit of recognition you didn’t get and how it bothered you: The restaurant critic for the Los Angeles Times wrote a piece praising Puck for pizzas made at an event that he didn’t actually attend.

Oh, that. Yeah, that did bother me for some time, but not because Wolfgang got the credit. What bothered me was the inaccurate reporting. It was a big event, we worked our asses off, and what probably was the most important reporter there didn’t take the time to come back and see who really was doing the work. I’m over that, though.

What pleases you most about the current American restaurant scene?

That people think outside what had become so many cultural and ethnic boxes. People used to say, ‘This is Chinese food and that’s Mexican food and that’s French food.’ But in the last 25 years, chefs have made those ingredients work together, and the fusion of those flavors has made cooking so fun. When you think about it, that’s very American. Our country is a cultural melting pot, so our food should reflect it.

What concerns you most about it?

I don’t want to make it sound like I hate chains, because I don’t, but chains have made our food too safe, too predictable. It doesn’t wow diners, it comforts them. Diners don’t risk anything when they go to chains, they just go and eat. Food, to me, is an adventure, but I know most people don’t look at it that way.

Do you ever regret not building a larger company or working for one?

No. Though I wanted more locations at one time, I figured out that that probably wasn’t for me. By staying small, I’ve been able to craft a lifestyle that ultimately suited me. I could go fishing when I wanted to, take the afternoon off and forage in the mountains. I’ve had the time to learn more about cooking, to read cookbooks and get inspired. I have a restaurant I can go into and say, ‘This is what we’re going to do with monkfish today,’ without having to ask a committee for approval.

How hard has it been battling cancer?

It’s been pretty horrible … but not just because of what it does to you but how it changes the life you’ve grown used to. What really hit hard was having to ask myself, ‘How am I going to allocate the time I have left to do the things I still want to do?’ When you hear those words, ‘You’ve got liver cancer,’ your priorities start to become real crystal clear.

It’s made me realize how my daughter, Cassidy, who’s 3, is such a blessing. But at the same time I can’t stop thinking about having to burden her with one of the hardest things a human has to go through. That’s hard to walk around with.

I’m not doing that well, really, though you’d probably not know it by looking at me. I feel good, the chemo took some weight off me that I needed to get off, but I look more fit than thin. The problem is once you enter into that swinging door of treatment, it’s hard to say if you’ll ever feel right again. The medicines make you so tired and weak.

If you knew when the end would come, what would you want your last meal to be? Oh, man, I haven’t really thought of that. To be honest with you, my palate is gone. I can’t think of what might be a good meal. This fight with cancer has cost me my ability to taste, and that’s about as hard as it gets for a chef. It’s also made me think about selling my business.

Why would that move you to sell Caioti?

Simple: If I can’t taste the food, then there’s a risk it might not be good. I don’t want Caioti to be represented by food that isn’t any good. I’ve worked too hard to have that reputation ruined by this disease, and I want people to remember Caioti for what it was at its best.