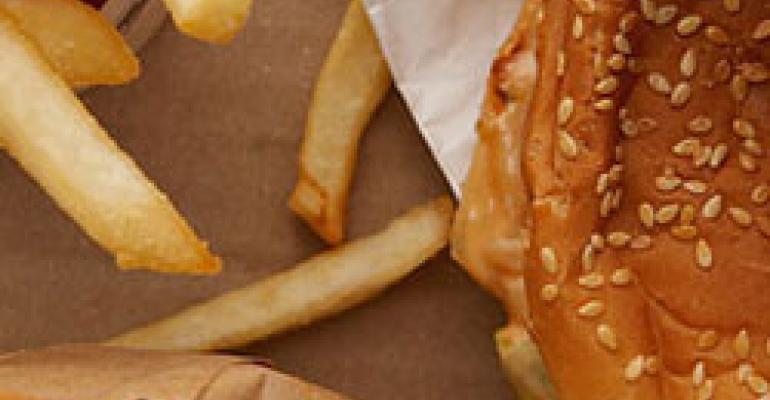 The Los Angeles City Council planning committee is scheduled this week to consider a move to permanently restrict some quick-service chains from opening in certain neighborhoods.

A temporary, two-year moratorium on stand-alone fast-food locations in a 32-square-mile area of South Los Angeles is scheduled to expire Sept. 14. However, Jan Perry — the council member who originally introduced the initiative as a way to encourage new grocery stores and sit-down restaurants in the district — is looking to make the restrictions permanent.

In addition to the land-use restrictions in the moratorium, Perry also has proposed an additional obstacle: prohibiting fast-food outlets from opening within a quarter mile of each other, said Eva Kandarpa, a spokeswoman for Perry.

“The goals were to create opportunities for other amenities, not to prohibit” businesses from coming into the district, Kandarpa said.

At the root of the moratorium is the argument that the South Los Angeles neighborhoods have higher rates of diabetes and obesity in part because of the higher density of fast-food restaurants per capita there.

By banning new stand-alone fast-food locations, Perry’s temporary initiative aimed to free up the few larger parcels of land available in the area for grocery stores or full-service restaurants to come into the neighborhood, which she contended would offer fresher, more healthful foods. Even under the ban, quick-service chains have been allowed to open in mixed-use developments or mini malls in the district, and even some stand-alone units have opened under exemptions to the rule.

The moratorium also included such incentives aimed at attracting grocers and sit-down operators as tax credits, utility discounts and expedited permitting — all of which also would be made permanent under Perry’s new proposal.

Since the moratorium began, two grocery stores have opened in the district. But Kandarpa said no full-service restaurant operators have opened within the targeted area yet.

Daniel Conway, a spokesman for the California Restaurant Association, said the moratorium has given city staff “heightened discretion” over incoming fast-food development, but it hasn’t actually stopped any chains from opening in the targeted area.

A stand-alone Chick-fil-A location opened in the district last week, for example.

“They’ve beefed up the process, and they’ve stated some public policy goals in terms of the restaurant establishments there,” he said. “To my knowledge, it hasn’t really blocked anyone from doing business in South LA.”

Conway said the move to make the restrictions permanent would likely be in place until a longer-term community plan is developed, which is expected next summer. It’s not clear whether the restrictions will be included in that plan, he said.

“We are watching it closely, because we do want to make sure restaurants have the opportunity to establish themselves and thrive in that part of LA,” Conway added. “So long as it’s based on merit and isn’t overly politicized, it’s something we can support.”