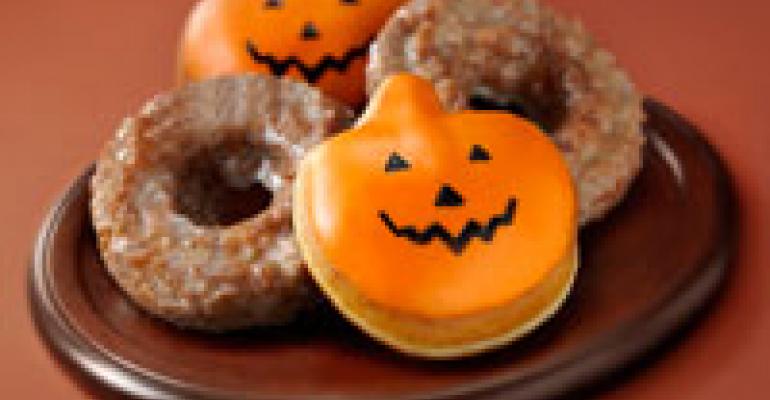 WINSTON-SALEM N.C. Krispy Kreme Doughnuts said it has brought back to its menu two pumpkin-inspired doughnuts, one that's shaped like a pumpkin and another that tastes like one.

For the first one, Krispy Kreme has cut its signature glazed doughnut into the shape of a pumpkin and covered it with orange-colored icing with a jack-o-lantern face. The other seasonal treat, the Pumpkin Spice Cake doughnut, is made with pumpkin and spices and topped with Krispy Kreme's original glaze. Both are priced at 99 cents each, or $6.99 for a dozen.

The pumpkin-shaped doughnut will be available through Oct. 31, and the Pumpkin Spice doughnut will stay on the menu until Nov. 30, Krispy Kreme said.