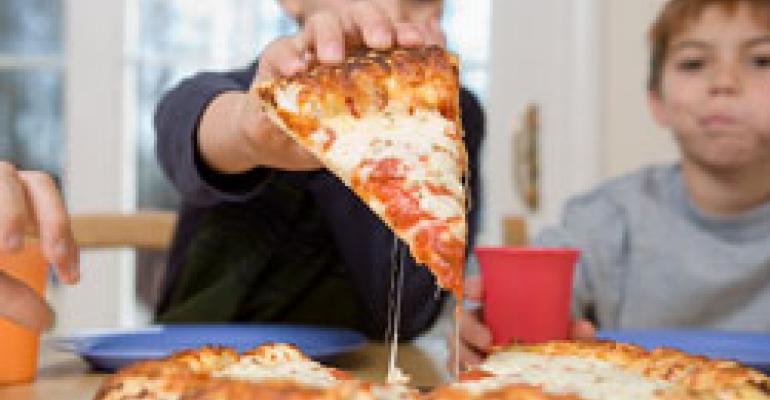 Kids weigh in on what they like to eat

CHICAGO Young diners are increasingly savvy about nutrition -- though they don’t always eat what’s good for them -- and restaurants should cater their kids' menus to changing preferences, according to new research from brand marketing agency C3 and Technomic Inc.

The Kids & Moms Consumer Trend Report (Family Attitudes and Motivations in Foodservice), which was released Wednesday, includes the results of a survey of about 1,500 moms and 1,200 kids ages 6 to 12 about their dining habits and preferences.

“Overall, if you look at what kids are ordering, it’s still French fries, pizza and nuggets," said Jenny Ferguson, C3’s consumer insights and research director. "(But) there is some movement, and parents are paying more attention to it.”

The survey found, for example, kids are making more of an effort to eat more healthfully — but not necessarily when dining out. Restaurant occasions are considered more of a special treat when kids feel they can eat something they may not get to eat at home.

Only about one-third of the kids surveyed, however, said they consider health information when dining out.

Still, there is evidence that children are eating better in restaurants.

According to the survey, salads are among the leading entree items on kids' menus among the top full-service restaurants, though they appeal mostly to older children. Those older children also are more likely to prefer steak and seafood, or to seek out more healthful items off the adult menu. Children ages 9 and under tend to prefer chicken fingers, pizza and French fries, the study said.

“Kids now are health savvy, and the nutritional education they’ve received will impact their choices as consumers,” said Darren Tristano, Technomic’s executive vice president. “Health halo attributes related to natural, organic, local and sustainable foods could present an opportunity in the coming years for restaurants that recognize this growing awareness on the part of young consumers.”

Technomic estimates that parents spend about $65 billion annually on food for their kids, frequently at restaurants, but the moms surveyed said they tend to choose fast-food options when dining with their kids.

When children were asked to evaluate the kids’ menus for certain brands, McDonald’s rated most highly for “fun,” but Subway was rated by kids as most “healthy.”

The report noted the growing presence of vegetables and fruit on kids’ menus.

Other examples of more healthful offerings included the naturally raised pork used in Big Bowl’s BBQ Pork Chow Fun dish; the low-fat strawberry yogurt offered as a dipping sauce for fresh fruit at Bob Evan’s Farms; IHOP’s tilapia fillet entree served with steamed broccoli and lemon; the organic carrots and apples and whole-grain bread available at Jason’s Deli; and the increased use of low-fat milk for kids at many major chains.

Across all segments, moms said the key factors that drove their choice of restaurant were consistent food quality, the availability of menu items that kids like, cleanliness, value for the money and consistently good service.

The offer of toys with kids' meals, on the other hand, was not seen as a significant motivator, the report found.