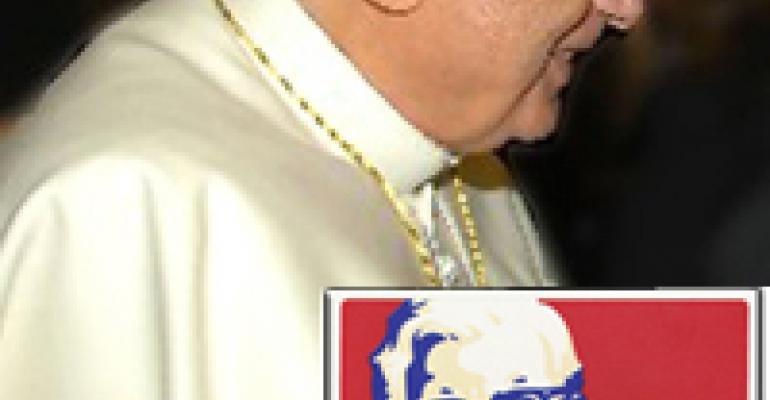 LOUISVILLE Ky. KFC is introducing its first-ever systemwide fish item, the 99-cent KFC Fish Snacker, with a potentially controversial publicity ploy that involves a religious plea to the Pope.

The new item was unveiled on Ash Wednesday, the first day of the Catholic Church's Lenten season, which ends in the key holy day of Easter. Because Lent traditionally is a time of sacrifice, many Catholics observe an old tradition of foregoing meat on Fridays, making the season one of the strongest sales stretches for fish.

"People can enjoy the flavor of the new Fish Snacker any day of the week, but we believe it will be especially popular on Fridays," said James O'Reilly, chief marketing officer for KFC. The company also said the Fish Snacker "is ideal for American Catholics who want to observe Lenten season traditions."

To tout that suitability, KFC announced that its president, Gregg Dedrick, had written a personal letter to Pope Benedict XVI, asking the head of the church to bestow his blessing on the Snacker. KFC said Vatican officials confirmed they received the chain's request, and "the company is hopeful to get the Pope's blessing this Lenten season." The Pope typically does not take actions that could be construed as an endorsement of a consumer good.

KFC and its parent company, Yum! Brands here, have a history of using bold, attention-getting moves to draw attention to their products and brands. Yum once placed an ad for its Pizza Hut chain on the side of a Russian space rocket, and publicly disclosed that it was seeking to beam the pizza brand's logo on the moon. That effort was unsuccessful.

More recently, KFC constructed a 87,500-square-foot image of its founder, Colonel Harlan Sanders in a section of the Nevada desert that is suspected by some conspiracy theorists as being the site of contact with extraterrestrials. The image was designed to be visible from space, and was unveiled to introduce a new look for the fried-chicken chain.