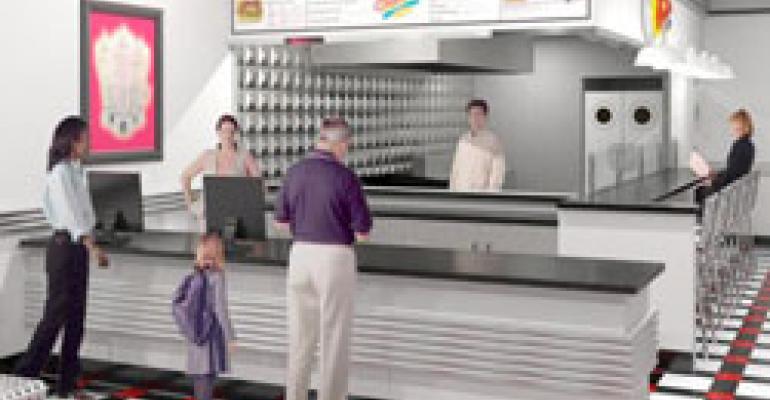 LAKE FOREST Calif. Johnny Rockets, which is known for its 1950s-style diners, is introducing a sports bar, a fast-casual concept and a mobile kitchen variant in an effort to appeal to both upscale and down-market customers.

The new Johnny Rockets Sports Lounge concept debuted in 2008 in a Six Flags amusement park in Queensbury, N.Y. A second unit officially opens Thursday in New York City’s Upper East Side and will serve as the model for future locations, said John Fuller, who recently was named president and chief executive of Johnny Rockets Group Inc.

The sports lounge features televisions for watching sports, a full bar, alcohol-spiked “fantasy shakes,” and a new line of appetizers that include empanadas, macaroni and cheese, nachos, vegetarian spring rolls and what Fuller calls other typical bar food.

The fast-casual Johnny Rockets Fast will offer a limited menu and counter service only and can work in spaces as small as 900 square feet, the company said. The new concept, which has not been sold yet, requires an initial investment of $300,000, instead of $750,000 for a traditional space.

Johnny Rockets' first mobile kitchen recently opened at the Washington Redskins' FedExField in Landover, Md., and a second is being planned by a franchisee in Saudi Arabia, Fuller said.

Startup costs for the mobile kitchen are similar to the fast-casual prototype, he added.

Fuller was named chief executive of Johnny Rockets last week following the departure of Lee Sanders. Fuller had served as the company's chief financial officer since 2008, a role he will continue in his new position.

Fuller said he has hired a new senior vice president of marketing, Tim Hackbardt, with whom he had worked at Rubio’s Restaurants and Del Taco.