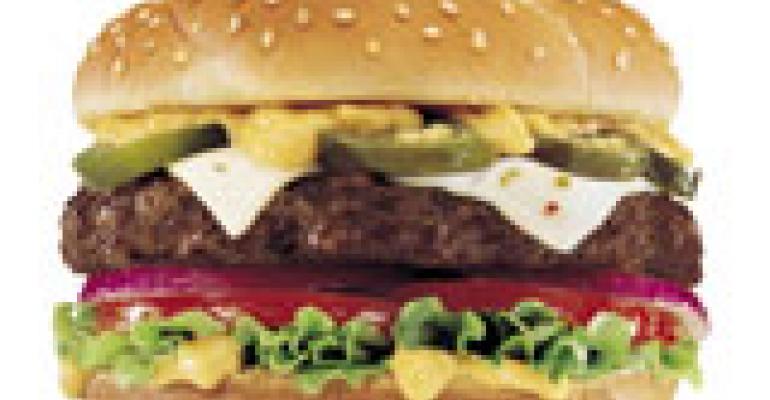 Jalapeño Thickburger back at Hardee’s

ST. LOUIS Hardee’s has brought back its Jalapeño Thickburger for a limited time in a nod to what the company says is consumers' growing taste for spicier flavors. First introduced in August 2006, the sandwich features a third-pound Black Angus beef patty topped with sliced jalapeños, pepper-jack cheese, lettuce, tomatoes, red onions and Santa Fe sauce. The burger is sold at participating restaurants for suggested prices of $3.49 by itself or $5.78 as part of a medium combo meal.

Hardee's, based here, is a subsidiary of CKE Restaurants Inc., which also is parent to the Carl's Jr. quick-service chain. Carpinteria, Calif.-based CKE operates or franchises 1,915 Hardee’s and 1,121 Carl’s Jr. restaurants.