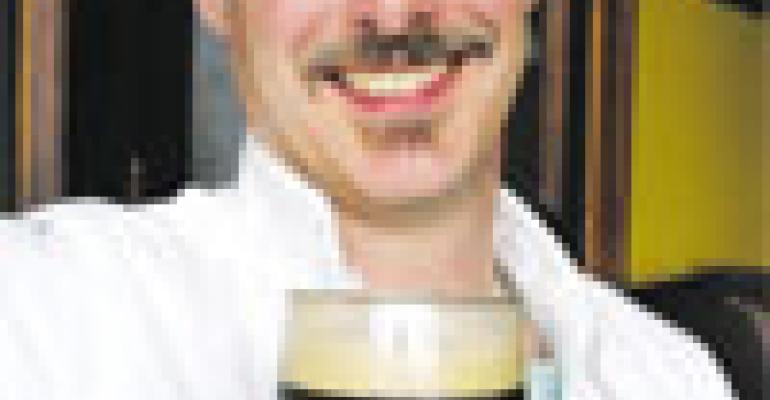 It is a fairly certain bet that this past March 17, and on pretty much every March 17 prior, a fair number of glasses filled with Irish whiskey were raised, clinked and downed. And it is almost equally certain that this will continue to be the case for many St. Patrick’s Days to come.

What is perhaps less intuitively apparent, however, is that a good amount of that same whiskey—spelled in the Irish context with the “e,” as opposed to its Celtic brethren, Scottish “whisky”—is now being enjoyed year-round, with double-digit growth having been recorded for the segment in the U.S. market in each of the past several years. In fact, said Lew Bryson of Massachusetts Beverage Business, the total size of the Irish-whiskey category has almost tripled over the first decade of this century.

While some of this remarkable growth can be attributed to the spirit’s relatively small starting point, Irish whiskey having been one of the most sluggish of the brown spirits to bounce back from the mad rush to white spirits from the 1970s through the 1990s, at least an equal amount must certainly come from consumers rediscovering a spirit with a less aggressive nature than most Scottish whiskies and yet a fuller flavor than many Canadian whiskies. It is, in many ways, the highly sippable middle ground.

“We find that Irish whiskey has a real universal appeal,” said Patrick Kirk, marketing and brand manager for Buffalo Wild Wings. “Men and women both like it and it offers versatility outside of straight shots, neat or on the rocks.”

“It fit well with us because it offered our guests a new but fairly simple drink to try,” said Kirk, adding that it also presented American whiskey drinkers with a bit of an “aha” moment in which they discovered something different that still resided within their comfort zone.

“Irish whiskey is definitely trending upwards,” she said, adding that, as is the case for the whiskey category in general, most Irish whiskeys at Morton’s are consumed either straight or on the rocks.

That sweetness comes partially from the tradition of using unpeated, or non-smoky, malt in Irish whiskeys, along with a proportion of unmalted barley, though both smokier and all-malt brands also exist.

The smoothness is a result of the typical triple distillation that most Irish whiskeys undergo, although this, too, is becoming less of a generalization as double-distilled versions enter the market.

Taken together, these qualities provide Irish whiskey with an entree to a wide diversity of palates, from whiskey connoisseurs searching for a different sort of dram, to bourbon drinkers seeking a lighter and perhaps less assertive spirit to try with their mixers. All of which is leading Irish whiskey toward newfound popularity even beyond St. Patrick’s Day.